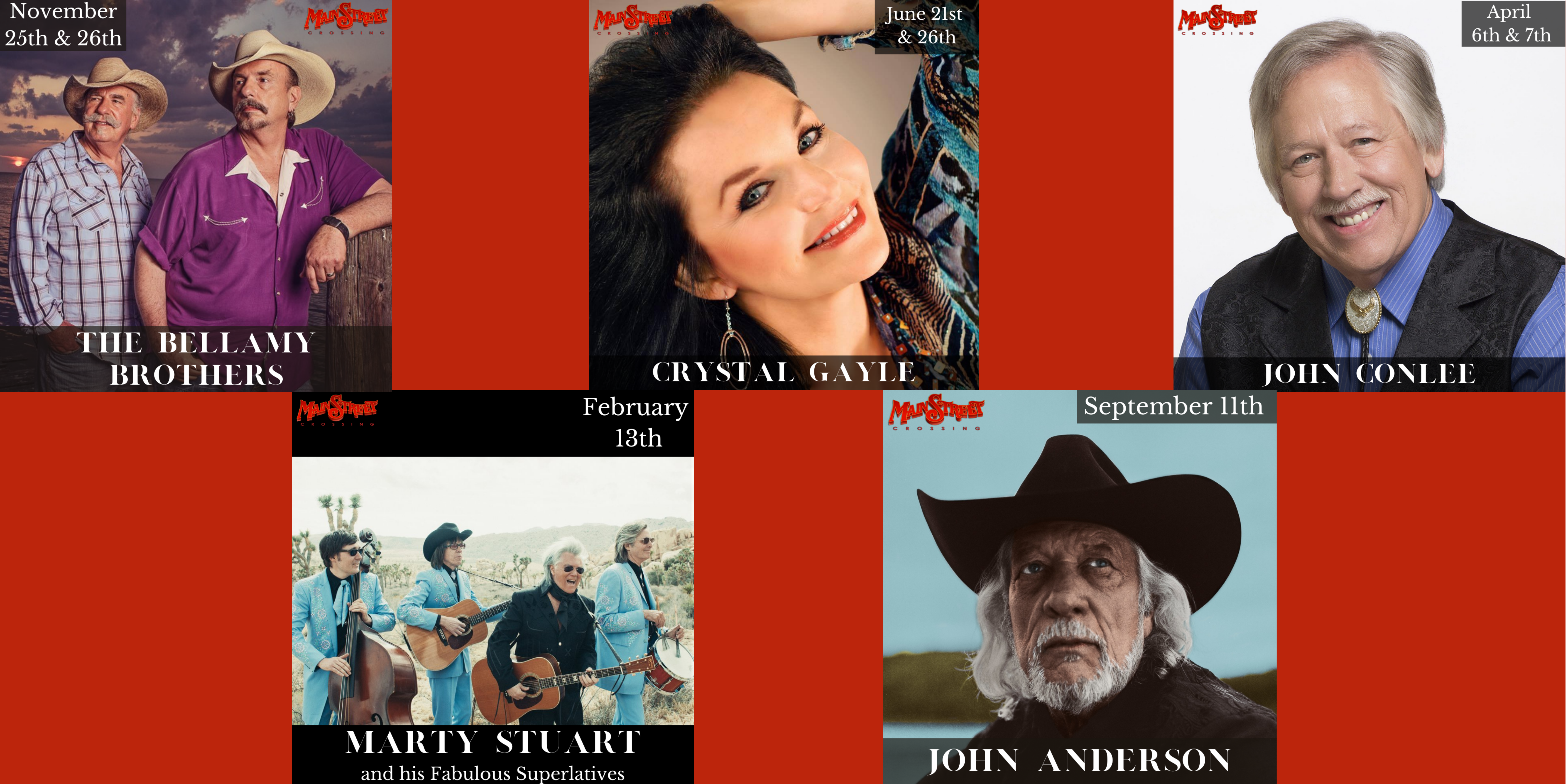 Despite having long since established fame and fortune, some country music stars are still giving music their all today—and you may even be able to see them up close in a small-venue concert near you. Here are just a few country music legends performing in such spaces today:

Main Street Crossing in Tomball, Texas is one of the best small music venues in the Houston metro area. This unique nonprofit in a historical venue hosts country, Americana, folk, blues, and other types of music artists in an intimate setting: the furthest seat is only 45 feet from the stage. MSC also offers food, beverages, and community seating, making it easier to interact with fellow concertgoers and even performing artists.