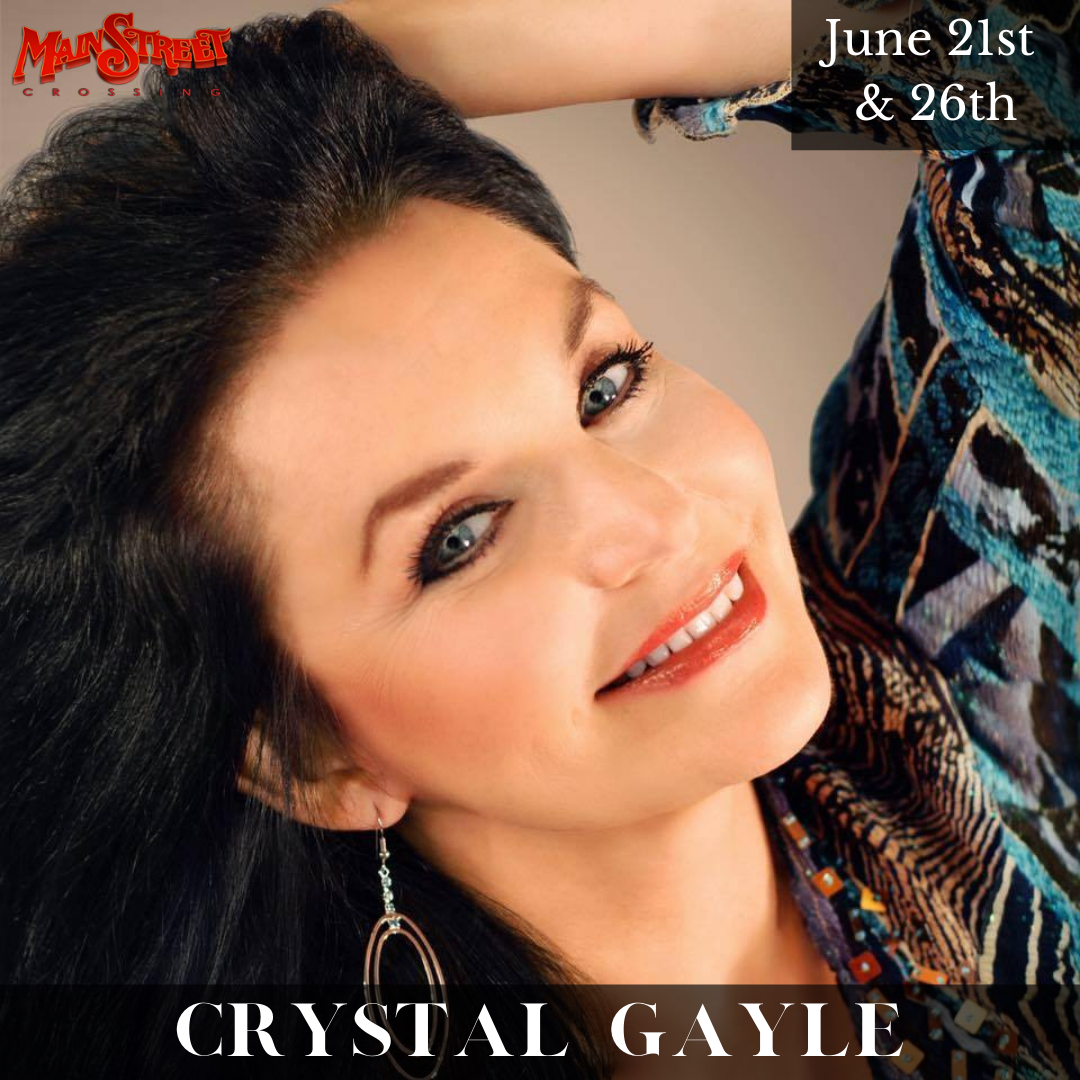 We are so excited to welcome Crystal Gayle to Tomball, Texas to perform on the Main Street Crossing stage. What an honor it is to host you for a live concert with an artist up-close. Buy your tickets and read a little more about Crystal Gayle below.

Grammy®-winning songstress Crystal Gayle is a beloved country music icon whose reign in the music business includes 22 No. 1 country hits, four top twenty pop hits, six albums certified Gold by the RIAA and three certified Platinum, including We Must Believe in Magic which was the first album by a female artist in country music history to reach platinum sales. Her list of platinum and gold is matched by her awards and accolades. CMA’s “Female Vocalist of the Year” for two consecutive years, Crystal is also a Grammy® Award winner for “Best Female Vocal Performance” thanks to her timeless, international smash hit “Don’t It Make My Brown Eyes Blue” – a song that she today admits she has never grown tired of singing. Crystal has three Academy of Country Music Awards statuettes for “Top Female Vocalist” and won four American Music Awards. Not surprisingly, she was named the Most Performed Country Female Artist on radio for the decade of 1975-1985. Perhaps nothing sums up Crystal’s career achievements better than being awarded with a star on the fabled Hollywood Walk of Fame in October 2009. Famous for her nearly floor-length hair, Crystal was voted one of the 50 most beautiful people in the world by People Magazine and in 2016 the Academy of Country Music honored her with the Cliffie Stone Pioneer Award. Gayle was inducted into the Grand Ole Opry in January 2017 by her sister and Opry legend Loretta Lynn.