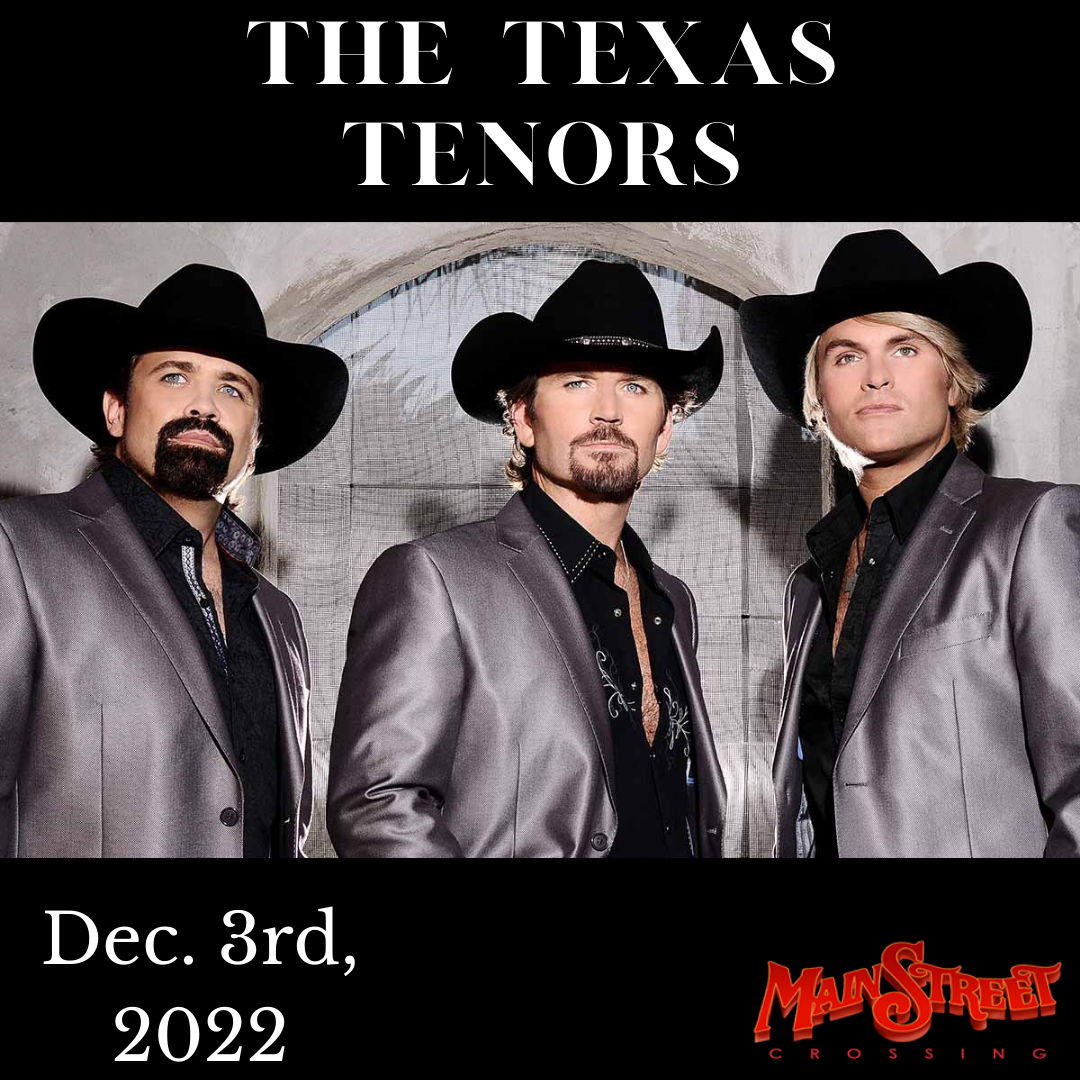 We are so excited to welcome The Texas Tenors to Tomball, Texas to perform on the Main Street Crossing stage. What an honor it is to host you for a live concert with an artist up-close. Buy your tickets and read a little more about The Texas Tenors below.

The Texas Tenors have amassed a huge fan base worldwide with over half a million followers on social media and more than 20 million viewson YouTube, Facebook and Instagram.

They are Billboard Magazine’s #10 Classical Artist in the World for 2019. With impressive live ticket sales tracked by PollStar they are considered the most successful touring group in the history of America’s Got Talent.

The Texas Tenors appeared on the most recent season of NBC’s national hit television show America’s Got Talent: The Champions. After airing worldwide their fan base grew even larger than before.

As consummate professionals these three friends with a simple All-American dream have proven their impact will be long lasting as their popularity continues to grow. They have performed more than 1400 live concerts in just the last 10 years. With concerts at performing arts centers, casinos, symphony halls, outdoor festivals and major corporate events, The Texas Tenors have shown they truly possess that rare, ever sought after quality – mass appeal.