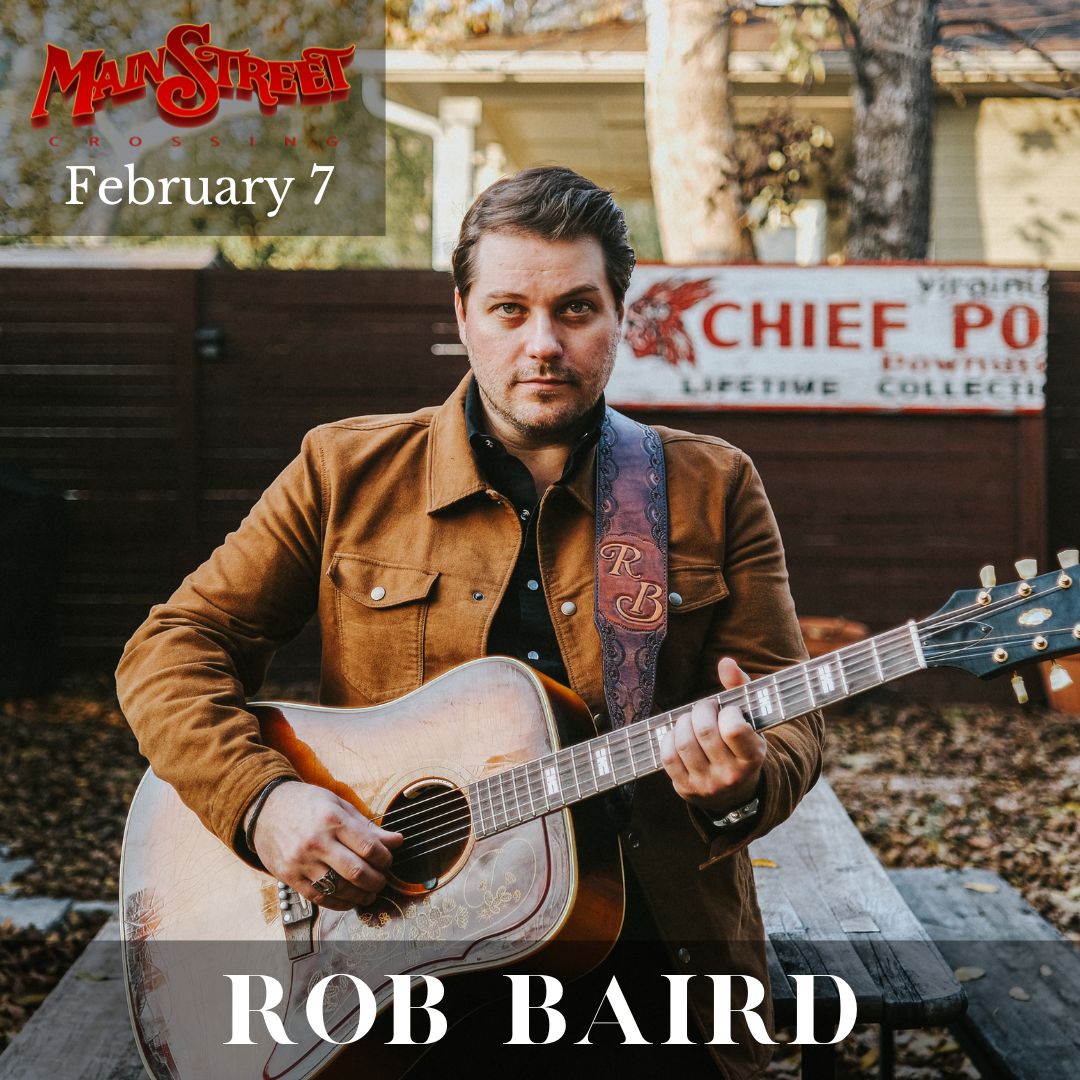 We are so excited to welcome Rob Baird to Tomball, Texas to perform on the Main Street Crossing stage. What an honor it is to host you for a live concert with an artist up-close. Buy your tickets and read a little more about Rob Baird below.

Born and raised in Memphis, Tennesse, Rob Baird began his music career while pursuing a ranch management degree at Texas Christian University. After countless performances in Fort Worth’s well know bar scene,  Baird’s career quickly picked up steam allowing him to record his debut record “Blue Eyed Angels” which included the career-changing “Fade Away.” This effort immediately launched Baird’s career when he signed with Carnival Records and began releasing music that has gained national attention. Baird has gone on to release five studio albums under his own label, Hard Luck Recording Company. Through the power of streaming services and staggeringly consistent releases, Baird has since been able to grow his audience year after year. His releases have been reviewed and featured in Rolling Stone, The Wall Street Journal, and Spin Magazine, while also being featured in over a dozen television shows including and most recently in Season 2 of Yellowstone. He also shared the stage with artists such as Nathaniel Rateliff, Ryan Bingham, and the late Billy Joe Shaver while as performing at such national festivals as Austin City Limits Festival.