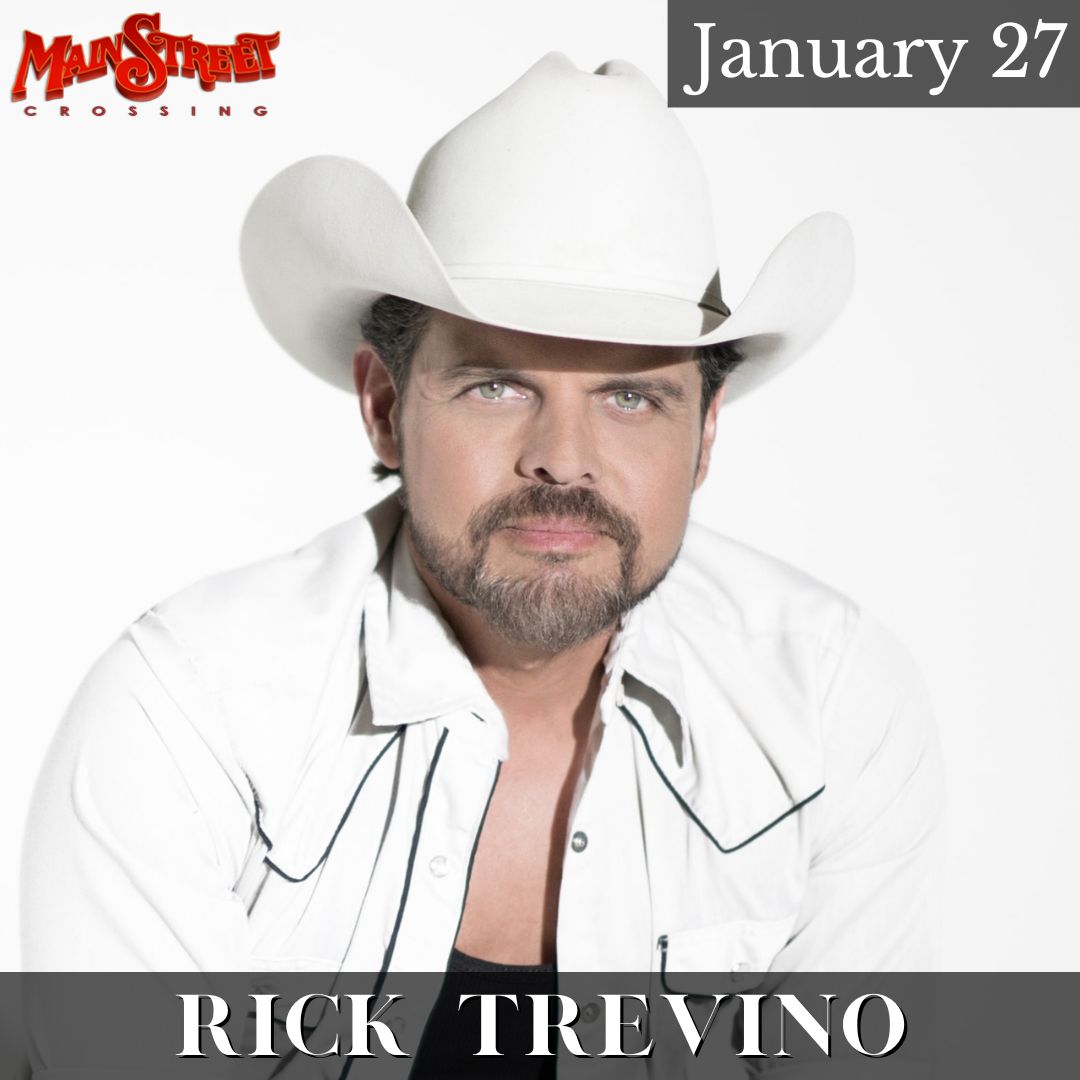 We are so excited to welcome Rick Trevino to Tomball, Texas to perform on the Main Street Crossing stage. What an honor it is to host you for a live concert with an artist up-close. Buy your tickets and read a little more about Rick Trevino below.

Rick Trevino is an American country music artist that signed to Columbia Nashville in 1993. His career started that year with the release of his debut single “Just Enough Rope,” the first mainstream country music single to feature separate English and Spanish versions. The song was included on his debut album Dos Mundos; a self-titled album followed a year later. Trevino has charted as total of fourteen singles on the Billboard Hot Country Songs chart and recorded seven studio albums. His highest-charting single, “Running Out of Reasons to Run,” reached No. 1 on that chart in 1996.