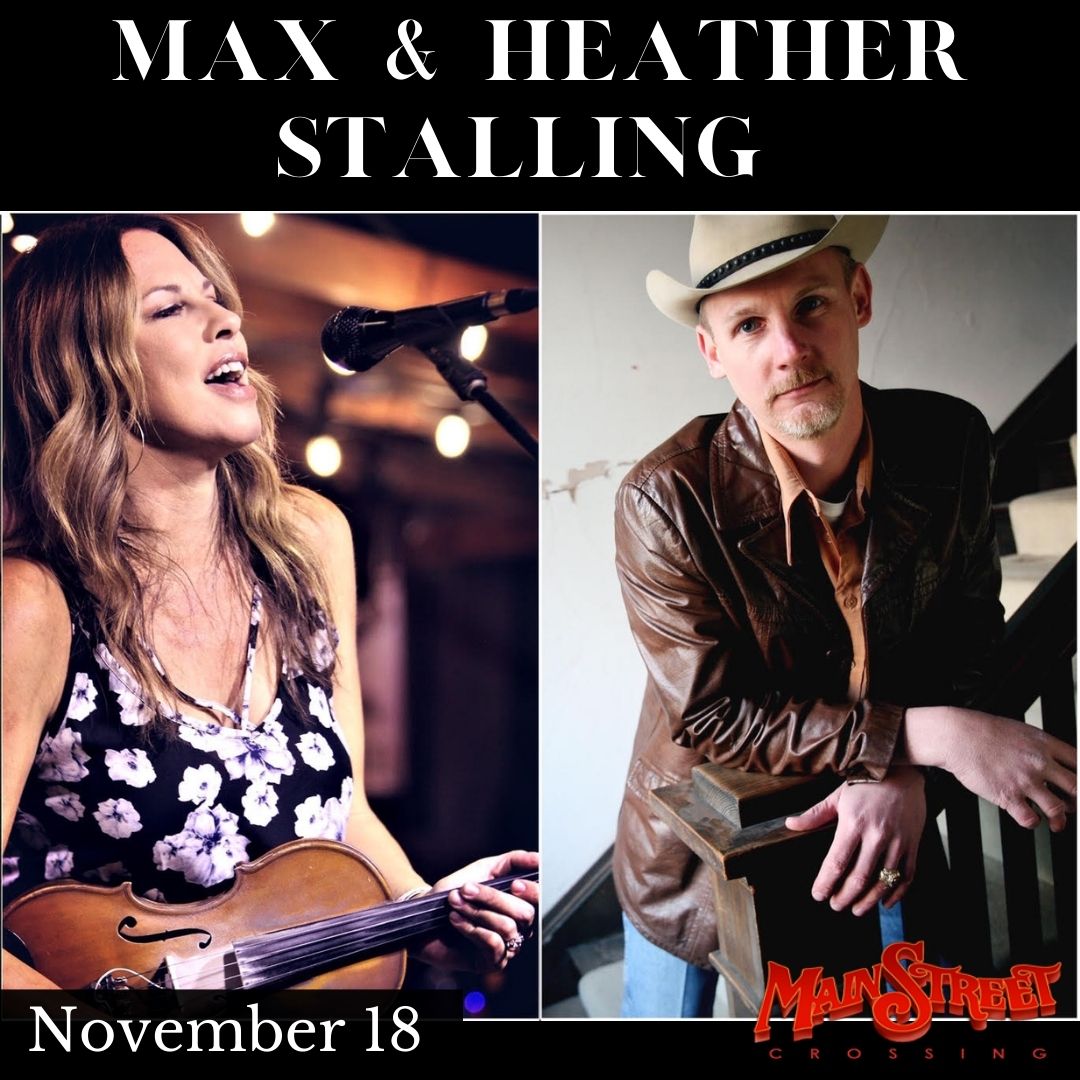 Max and Heather Stalling are a singer-songwriter duo based out of Dallas, TX. Max handles rhythm guitar and lead vocals and Heather provides fiddle and harmony vocals. Their collaboration has been a long time in the making and they are excited to bring their show to new audiences.

Heather is an award-winning violinist and fiddle player who picked up her instrument at 3 years old and has never stopped playing it since. As a child she traveled with her parents across Texas and the surrounding states competing in fiddle contests. As a teenager she moved to Branson, MO to be a member of the “The Texas Gold Minors”. They performed 7 days a week for two straight years. Upon returning home she took side jobs playing for various touring acts to include Johnny Lee, Cory Morrow, Bob Schneider, Ed Burleson, Mark David Manders and The Old 97s. In 2005 she put together her own project, blactopGYPSY, released two full length studio albums and toured relentlessly until the lead singer (and her best friend) Andie Kay Joyner, became gravely sick.

Max followed a slightly different path into the music business. He has a master’s degree in horticulture from Texas A&amp;M University and left a day job as a research scientist for snack food giant Frito Lay to pursue a full time career as a songwriter. He has 6 studio albums and three live projects including a full-length DVD. He is a staple in the Texas/Red Dirt scene as well as having chart-topping history in the Americana radio format. He has a star on the South Texas Music Walk of Fame and is a former member of the Board of Governors for the Texas Chapter of NARAS. In addition to solo and duo shows, Max travels with a five-piece band and does 150+ shows annually. Of recent, Heather has been playing with Max’s band after her band’s lead singer fell ill.

Max and Heather were married in 2007 and are now finally finding that the timing is right for them to do a project together. While they perform the occasional song they have written together as well as a handful of cover songs, the bulk of the show is songs that Max has written in his 20+ year career as a
performing singer-songwriter. First-time listeners can expect a fun and witty show balanced between solid original songs, amazing fiddle playing and fun banter.