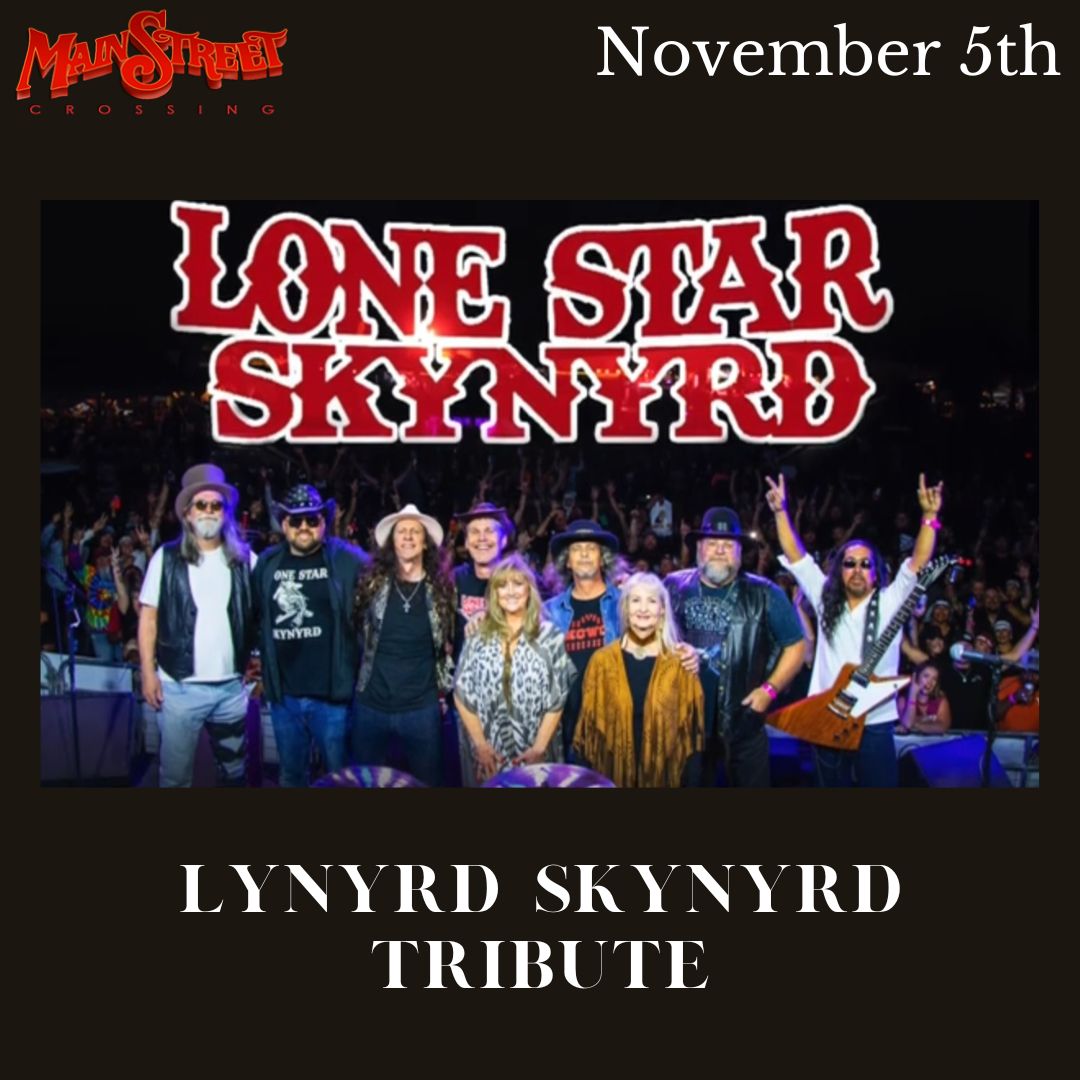 We are so excited to welcome Lone Star Skynyrd Tribute to Tomball, Texas to perform on the Main Street Crossing stage. What an honor it is to host you for a live concert with an artist up-close. Buy your tickets and read a little more about this tribute below.

Between the years of 1973 and 1977 the classic lineup of Lynyrd Skynyrd defined the Southern Rock genre, leaving a legacy of songs ingrained in the American consciousness, including Sweet Home Alabama, Gimme Three Steps, Simple Man and the iconic anthem Free Bird.  Lone Star Skynyrd is a group of well seasoned, Dallas based musicians who came together to accurately replicate this music note for note. With a deep well of talent, and a dedication to authentically replicating Lynyrd Skynyrds iconic sound, Lone Star Skynyrd has quickly become the top Lynyrd Skynyrd tribute band in Texas.