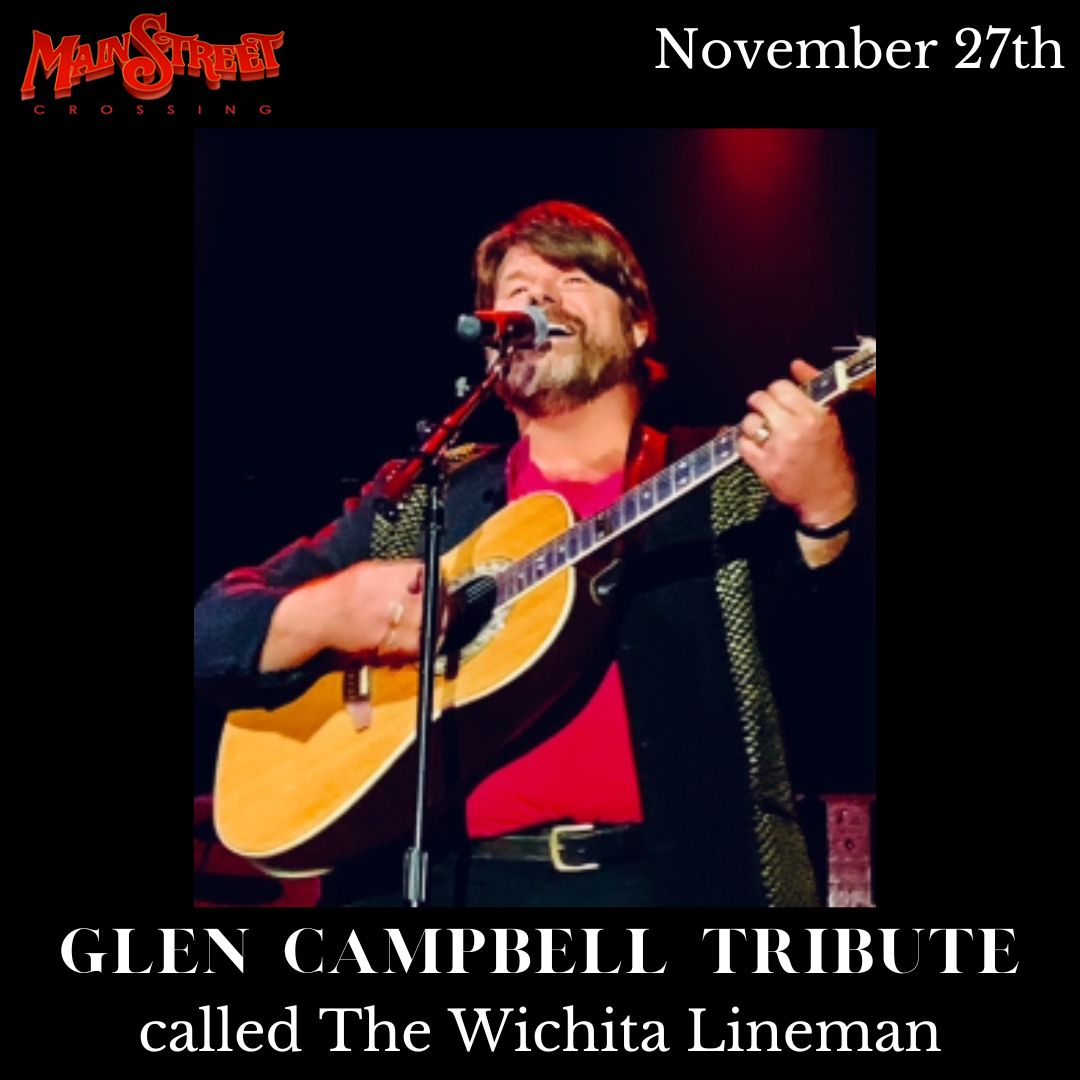 Glen Campbell spent 5 decades entertaining audiences all over the world. He was an American Treasure whose songs and dazzling showmanship shot him to superstardom in the 1960’s.

Glen’s hits included songs like: “Gentle On My Mind”, “By The Time I Get To Phoenix”, “Wichita Lineman”, “Dreams of an Everyday Housewife”, “Galveston”, “Rhinestone Cowboy” and “Southern Nights”

After his death in August of 2017 fellow musician and 30+ year entertainment veteran in his own right, Carl Acuff Jr. along with a notable group of musicians decided to put together a tribute show to this entertainment legend featuring this wonderful catalog of music. After searching on how to approach this project Carl hand picked musicians to help him bring the live Glen Campbell Experience to life with a dynamic cast performing all the hits featured in his final tour and also including the last song he ever recorded “I’m Not Going To Miss You”.

The group received all of Glen’s original charts for his farewell tour from his arranger and keyboard player for over 30 years Mr. TJ Kuenster. The group followed the arrangements to a tee and is as close to a Glen Campbell show as you can get these days. With down home humor and such wonderful songs it’s a night to be remembered!