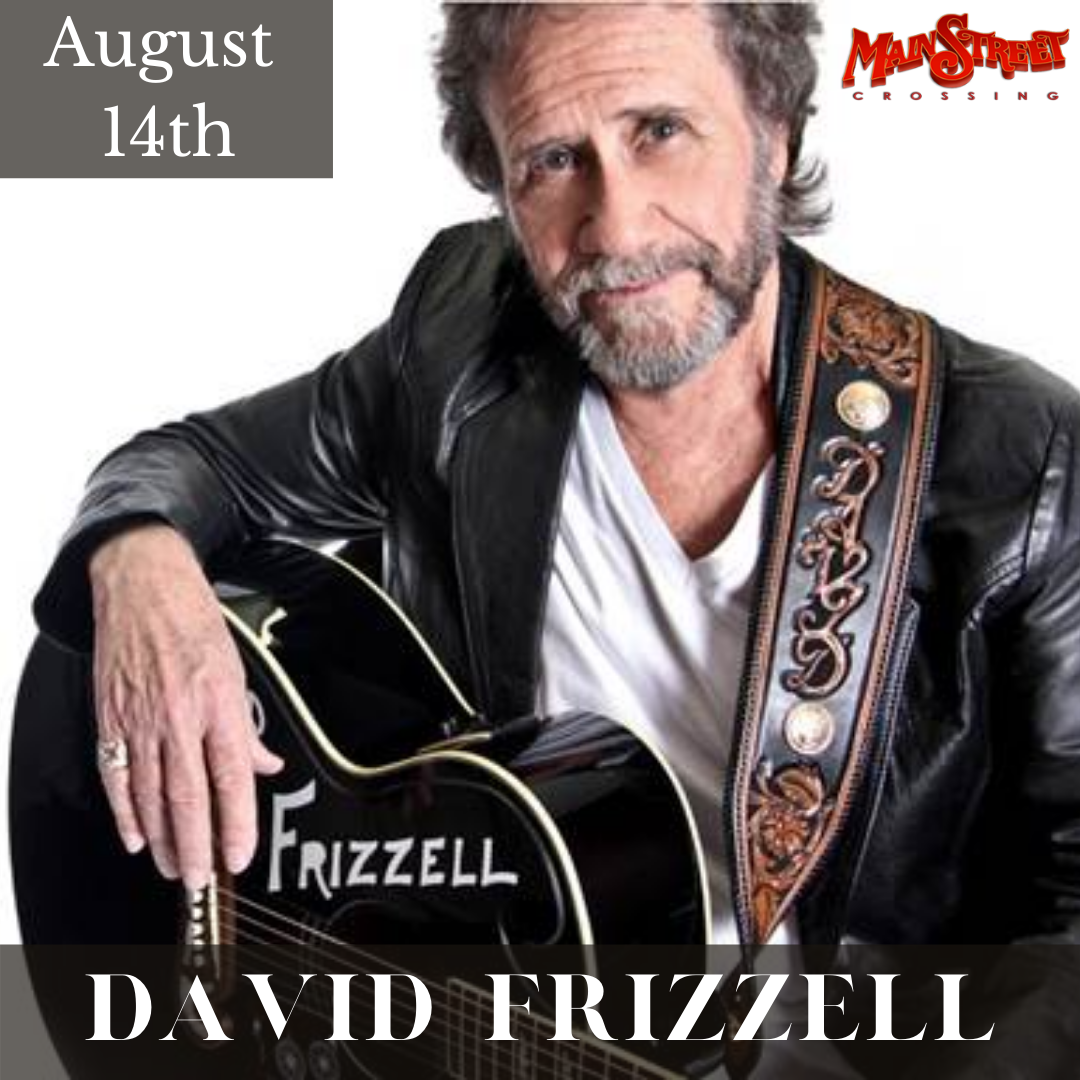 We are so excited to welcome David Frizzell to Tomball, Texas to perform on the Main Street Crossing stage. What an honor it is to host you for a live concert with an artist up-close. Buy your tickets and read a little more about David Frizzell below.

His life and his career are tightly woven into the fabric of country music history and lore. He is both legacy and legend with an unmistakable voice and a captivating style.

David Frizzell is one of the greatest voices in country music with a haunting resemblance to his older brother, the ultimate stylist, Lefty Frizzell. Both share that raw, forlorn quality that is essential to the interpretation of traditional country themes, but David’s voice is even more resonant and nuanced; a perfect instrument for conveying the deepest emotion of every lyric.

While still just a teenager, David Frizzell left home to perform and tour with his legendary brother, working the concert circuit with many of the mightiest names in country music. By his 18th birthday, Frizzell was recording country and rockabilly albums for Columbia Records

A four-year hitch in the military slowed his burgeoning musical career, but upon his discharge, Frizzell was immediately re-signed to Columbia.

David emerged from the significant shadow of his brother to create his own artistic identity. He recorded and charted the first country version of “L.A. International Airport” (months before it became a hit by Susan Raye) and followed that song with a Top 40 rendition of “I Just Can’t Help Believing.” Frizzell parlayed his recording success into headlining country shows in Las Vegas, a bold move that paved the way for other country acts in Las Vegas.

In the early 1980s, Frizzell founded the musical duo of Frizzell & West with the gorgeous and gifted Shelly West, daughter of country superstar Dottie West. Their recording of “You’re The Reason God Made Oklahoma” made its way to Clint Eastwood, who insisted on adding the tune to the soundtrack of his forthcoming film, Any Which Way You Can… Despite the fact that every major label had previously passed on the song and the duo. This vote of confidence earned Frizzell & West a contract with Warner Bros. and the wheels began to turn quickly. A small radio station in Tulare, California began to play the album track. Other stations followed, prompting Warner Bros. to release the song as a single. Soon, the song that nobody wanted became a smash hit.

During his duet years with West, Frizzell continued a vibrant solo career. He scored a huge chart-topping hit with “I’m Gonna Hire A Wino To Decorate Our Home.” The record is a country music standard, and has been featured on CMT’s 40 Greatest Drinking Songs in Country Music, making #17 in the countdown. Also, making #6 in CMT’s countdown of the 100 Greatest Duets is “You’re The Reason God Made Oklahoma.”

Along with his CMA awards, Frizzell has won numerous performing and recording trophies from the Academy of Country Music, Billboard and Music City News. He has been nominated for three Grammys, both as part of Frizzell & West and as a solo artist.

Armed with his vocal gift, his production acumen and his wealth of experience with the many Frizzell & Friends collaborations, David spearheaded a very special project on behalf of the Buddy Holly Educational Foundation, a charitable organization focused on musical education, and co-founded by Buddy’s widow, Maria Elena Holly. David gathered a cadre of music’s elite for a very special homage to Buddy Holly with The Buddy Holly Country Tribute album, (released Sept. 7, 2014 on what would have been Holly’s 78th birthday). The musical collection includes a DVD on the making of the project. The impressive 21-track collection features Frizzell with Helen Cornelius, Jimmy Fortune, T. Graham Brown, Sonny Curtis and Merle Haggard. The album is, in part, a benefit for the Buddy Holly Educational Foundation.

In 2011, David released his long-awaited book, a tribute to the life and career of Lefty Frizzell. “I Love You A Thousand Ways: The Lefty Frizzell Story” features a forward by Merle Haggard and chronicles the turbulent life and career of one of America’s most influential voices. The book was named by CMT as one of the Best Music Books of the year. An audio book features David’s own emotion-filled narration, along with some of Lefty’s music. David continues working on a screenplay of the story and has received interest from potential partners for the making of a movie version.

A star-studded 70th birthday celebration at Nashville’s Hard Rock Café in 2011 was no mere milestone for Frizzell. More of a stepping stone, the event marked the entry to a “year of giving back” during which Frizzell teamed up with M.A.D.D. (Mothers Against Drunk Drivers) to raise awareness of the dangers of driving impaired, and of the tremendous service provided by the organization. The Frizzell family itself was touched by loss in the wake of an accident with a drunk driver and this project is one way for David to both thank MADD, and strive to help and inspire others. With the moving song, “Say Hello To Heaven,” David touched hearts with a poignant story of loss with the palpable emotion that only his inimitable voice could deliver. The song and a segment focused on MADD was featured in a Frizzell & Friends television special on the RFD network.

A digitally remastered version of Frizzell & Friends: This Is Our Time is available in 2018 and includes a bonus track, written in honor of Lefty Frizzell, Merle Haggard, and traditional music in general. “Lefty, Merle & Me” features David with Marty Haggard.

Writing, producing, touring and performing… David Frizzell is a timeless and tireless entertainer who continues to share his many gifts to the delight of fans old and new across the US and throughout the world.