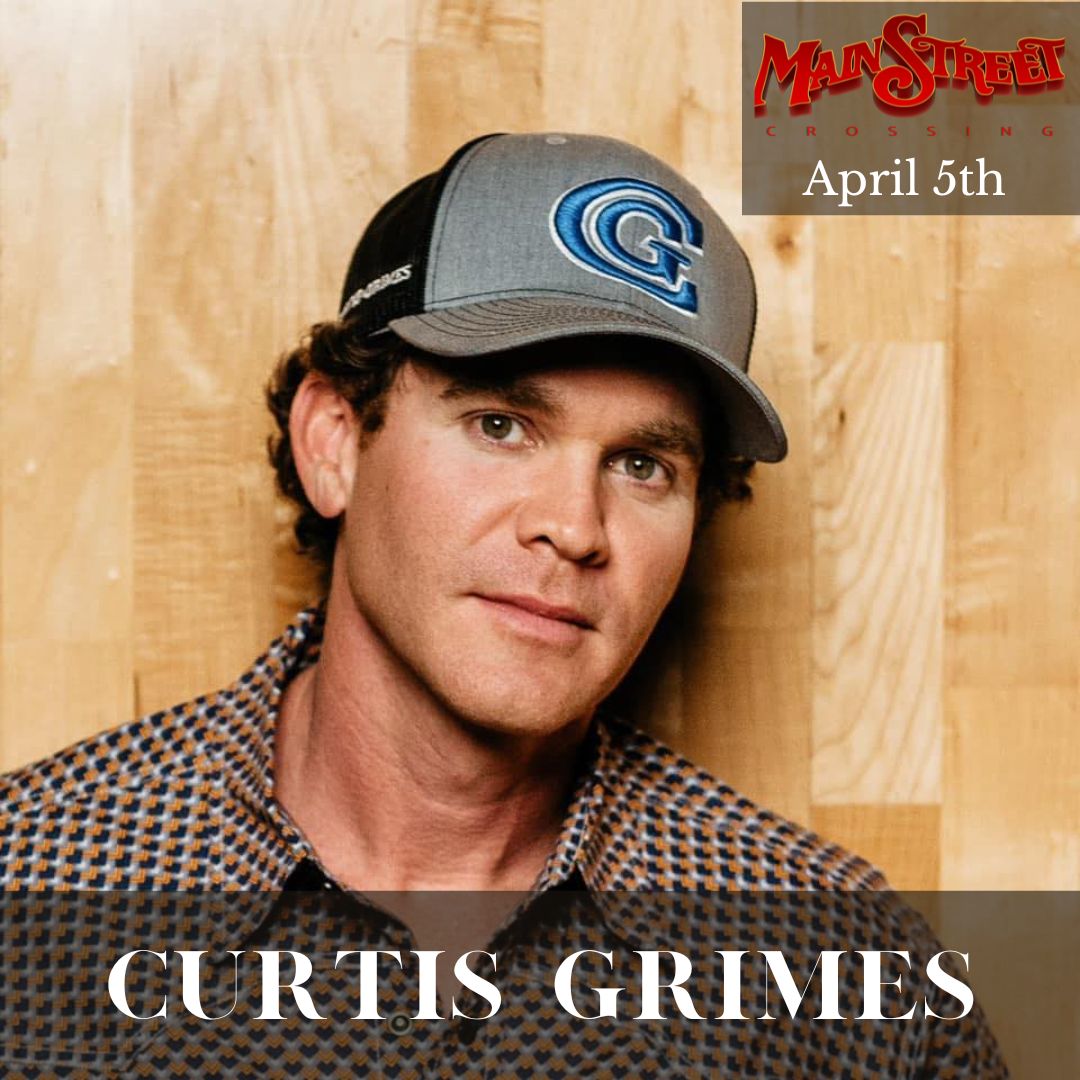 We are so excited to welcome Curtis Grimes to Tomball, Texas to perform on the Main Street Crossing stage. What an honor it is to host you for a live concert with an artist up-close. Buy your tickets and read a little more about Curtis Grimes below.

With over 50 million digital streams, over 100,000 albums sold, sixteen #1 singles on the Texas Country Music Chart and a #1 song on the national Power Source Christian Country Music Chart, Curtis Grimes has proven to be a force in the country music industry that can’t be denied.

To hear Grimes sing is to take a trip through the heart of country music. As a Texas native, he was raised on a steady diet of Alan Jackson and George Strait. He possesses the everyman charm of both influences along with a refreshingly mature voice that truly stands out. After a childhood filled with playing baseball and eventually earning a Division I scholarship, Grimes was given the opportunity to appear on the hit reality TV show “The Voice” in 2011. Under direction of coach CeeLo Green, he ended up finishing as a coveted Top 8 finalist of Season One.

Following success from the show, Grimes hit the ground running and released new music while performing shows across the United States. In 2014, Grimes and his hit single “Home to Me” were picked up by the salon chain “Supercuts” and placed in the mainstream spotlight. Not only was the song featured across the country, but Grimes also got to put on his acting boots and star in the national television commercial. That same year Grimes started to see his hard work pay off when he was awarded “New Male Vocalist of the Year” at the annual Texas Regional Radio Awards.