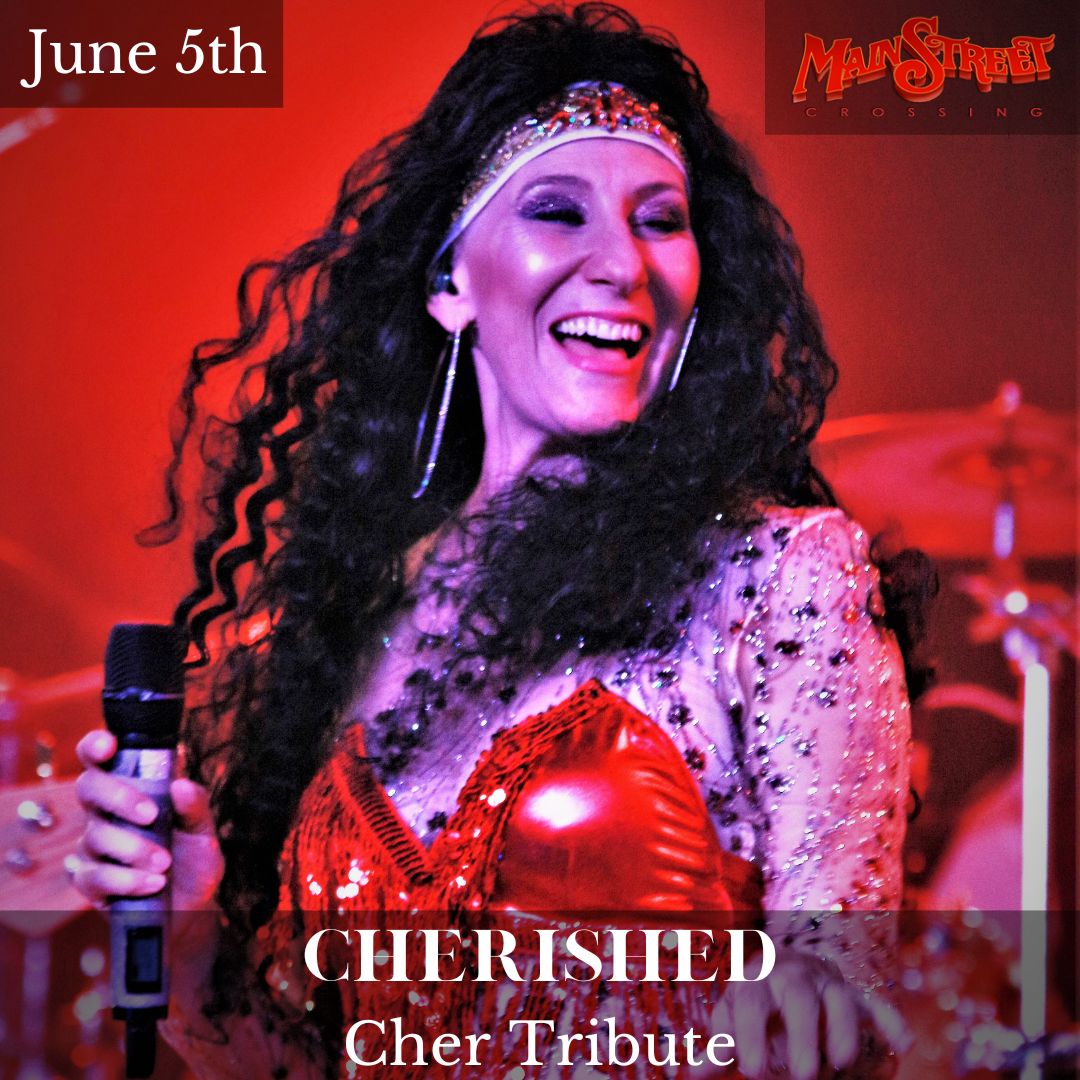 We are so excited to welcome Cherished to Tomball, Texas to perform on the Main Street Crossing stage. What an honor it is to host you for a live concert with an artist up-close. Buy your tickets and read a little more about Cherished below.

Karen has been performing with her sisters since age 9. She grew up in a family with an affinity for classic country music. When the Sonny and Cher variety show as aired, Karen was so excited to hear another style of music, she sat in front of the TV daring anyone to change the channel! Her love of music continued on through high school when she learned to play piano and trombone. Later she sang with the Capitol City Symphony Choir in addition to delivering singing telegrams and performing for weddings. Karen began singing with her first band in 1988. She continued to perform with duos and bands throughout the country including acts located in Texas, Illinois, Indiana, and Missouri. She most recently fronted an all 80s pop band and a tribute to Heart & Pat Benatar. Karen currently provides background vocals and harmony for Elton Dan & The Rocket Band.

Cher-ished began in Illinois in 2007, at the request of a promoter.  Fans are astonished at Karens vocal & visual likeness to the living legend, Cher! Performing as Cher, she has shared the stage with legends such as The Drifters and tributes to Elton John, Michael Jackson, Elvis, Rod Stewart & Stevie Nicks. Performing the hits and gems including The Beat Goes On, Strong Enough, Half Breed, Believe, and If I Could Turn Back Time, Cher-ished has headlined festivals and concerts throughout the Midwest. Her Costumes & vocals will have you believing you are seeing the real “Cher” on stage!