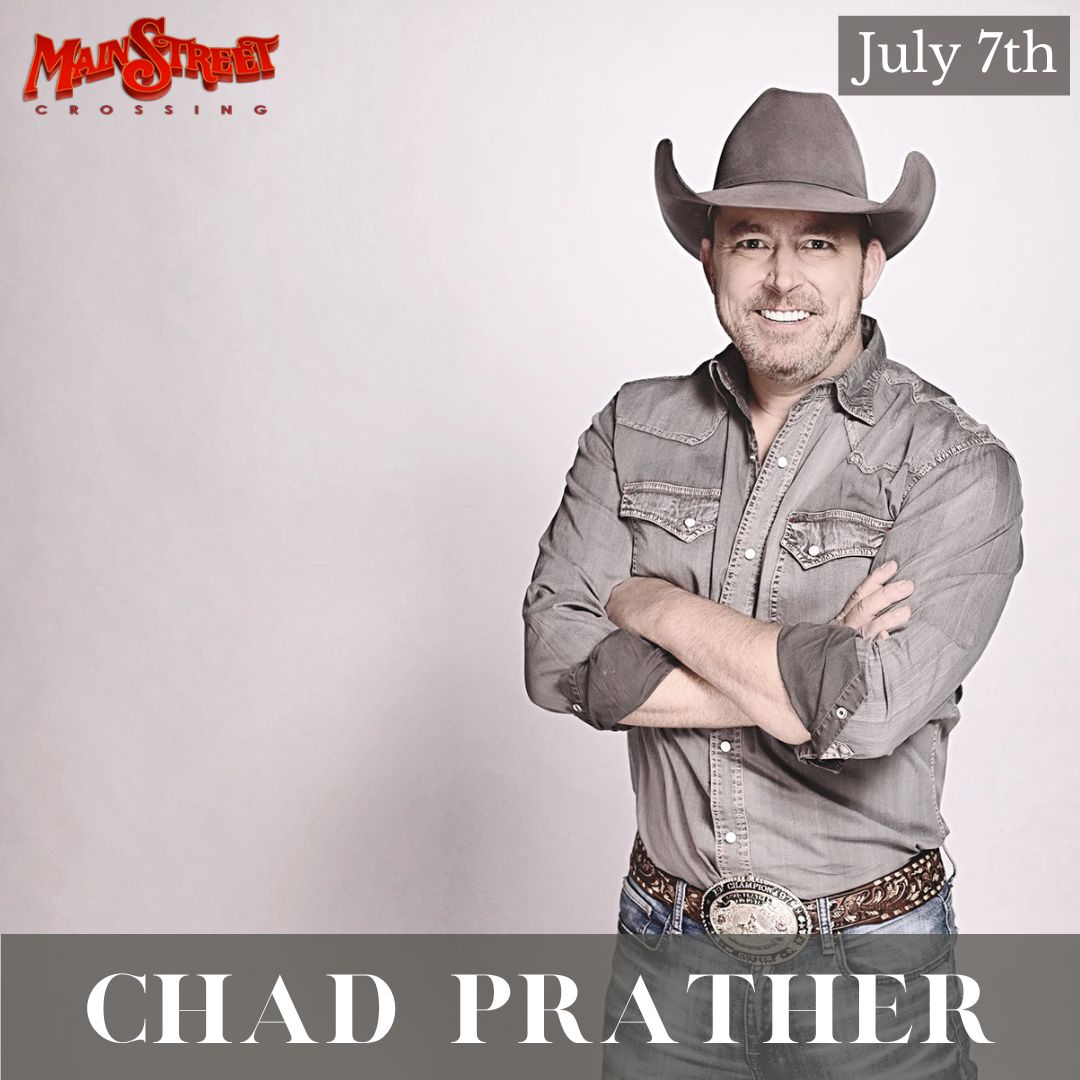 We are so excited to welcome Chad Prather to Tomball, Texas to perform on the Main Street Crossing stage. What an honor it is to host you for a live concert with an artist up-close. Buy your tickets and read a little more about Chad Prather below.

Most of us are born into this world kicking and screaming, but Chad Prather most certainly came out laughing. The comedian, musician and armchair philosopher is an unapologetic champion for anyone looking for a reason to smile. Prather’s God-given gift to entertain and inspire has made him a household name, and he’s grown accustomed to captivating millions of viewers on any given day.

Chad Prather grew up in Augusta, GA and learned to find joy and amusement in even the most unremarkable moments that life has to offer. “For me,” Prather admits, “comedy really isn’t all that complex. More often than not, nothing makes me laugh harder than when common sense sneaks up and wins the day.”

Perhaps the most compelling quality Chad Prather possesses is his refusal to compromise the things he’s most passionate about. From acting and comedy to music and motivational speaking, there doesn’t seem to be a field in entertainment that Prather can’t conquer.

Chad Prather has made numerous appearances on Fox News, CNN, A&E, The Blaze, and more, and his talents have been praised by the likes of Southern Living, People, Nash Country Weekly and Newsweek.

In addition to hosting Blaze TV’s “The Chad Prather Show” and contributing weekly to various networks, Prather has celebrated his top-charting album “Y’All Shut Up” and his latest book “Am I Crazy: An Unapologetic Patriot Takes on the Insanity of Today’s Woke World.” He has had numerous international comedy tours and incorporates music into each show, often with his band Chad Prather and The Ragamuffins.

Fans of the fast-talking, observational humorist have branded him ‘a modern day Will Rogers.’ For Chad Prather, taking yourself too seriously is the truest form of self-sabotage, and life is too short for that!

Prather has made Texas his home for the past two decades.