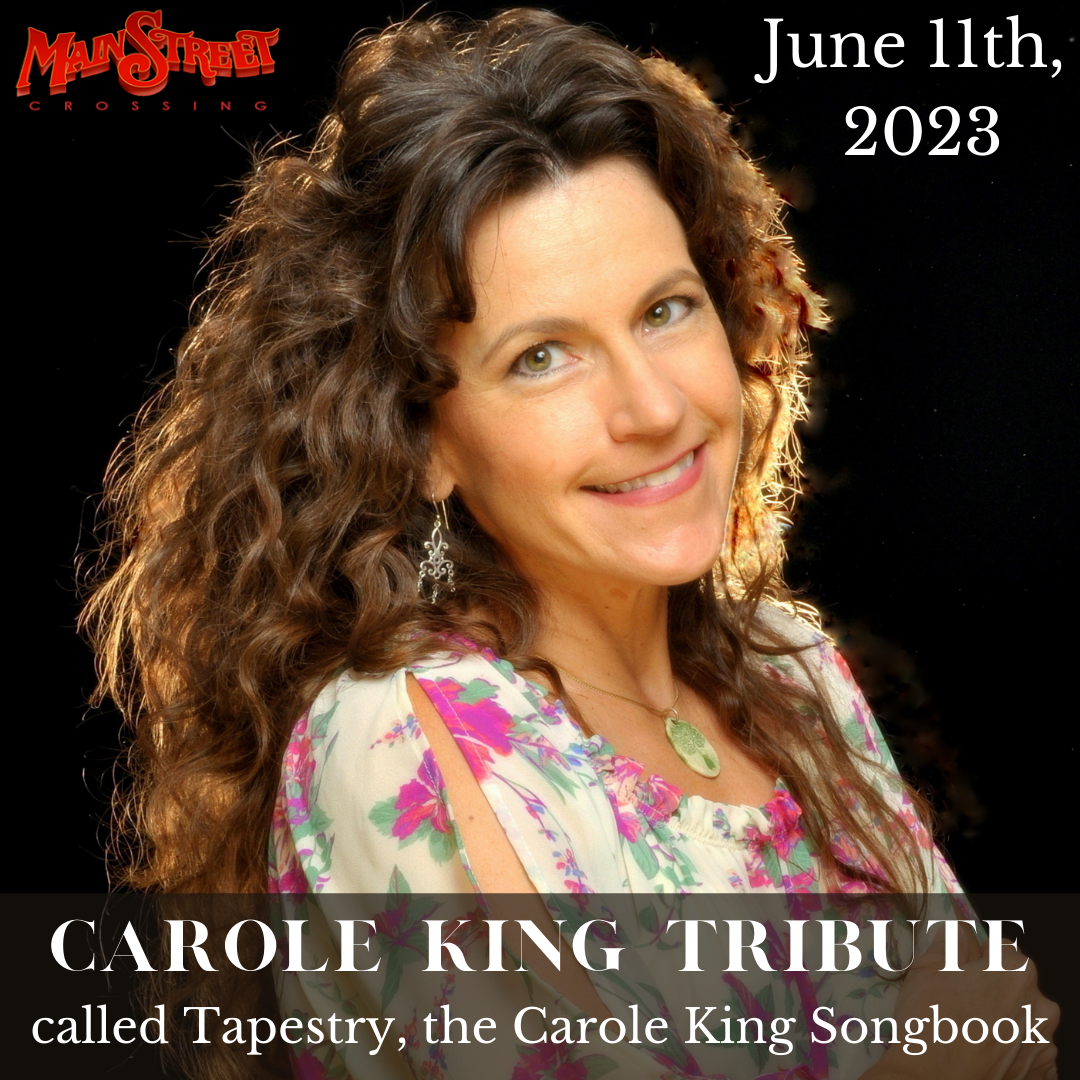 This show recreates the sound and vibe of a 1970’s
Carole King concert experience following her legendary album, Tapestry.

You will be transported back to the iconic image of her
multi-million selling album of 1971.

Impeccable attention to detail is taken in recreating a respectful and accurate musical presentation of piano and vocals, just as they were. Suzanne’s performance will take you on a journey back to those great recordings.

During the 70’s & 80’s, Carole played solo, with acoustic musicians, and a full band with horns during this period.
This show is performed in any of those formats.

Tapestry not only presents the record-breaking, Grammy winning album of the same name, but is a retrospective of the iconic songwriting team of Goffin and King, and her hits that continued into the 70’s.

This prolific team wrote chart-topping hits for artists such as Aretha Franklin, Bobby Vee, The Beatles, James Taylor, the Drifters, Donny Osmond…and the list goes on.

You will feel the Earth Move under your feet with this show.