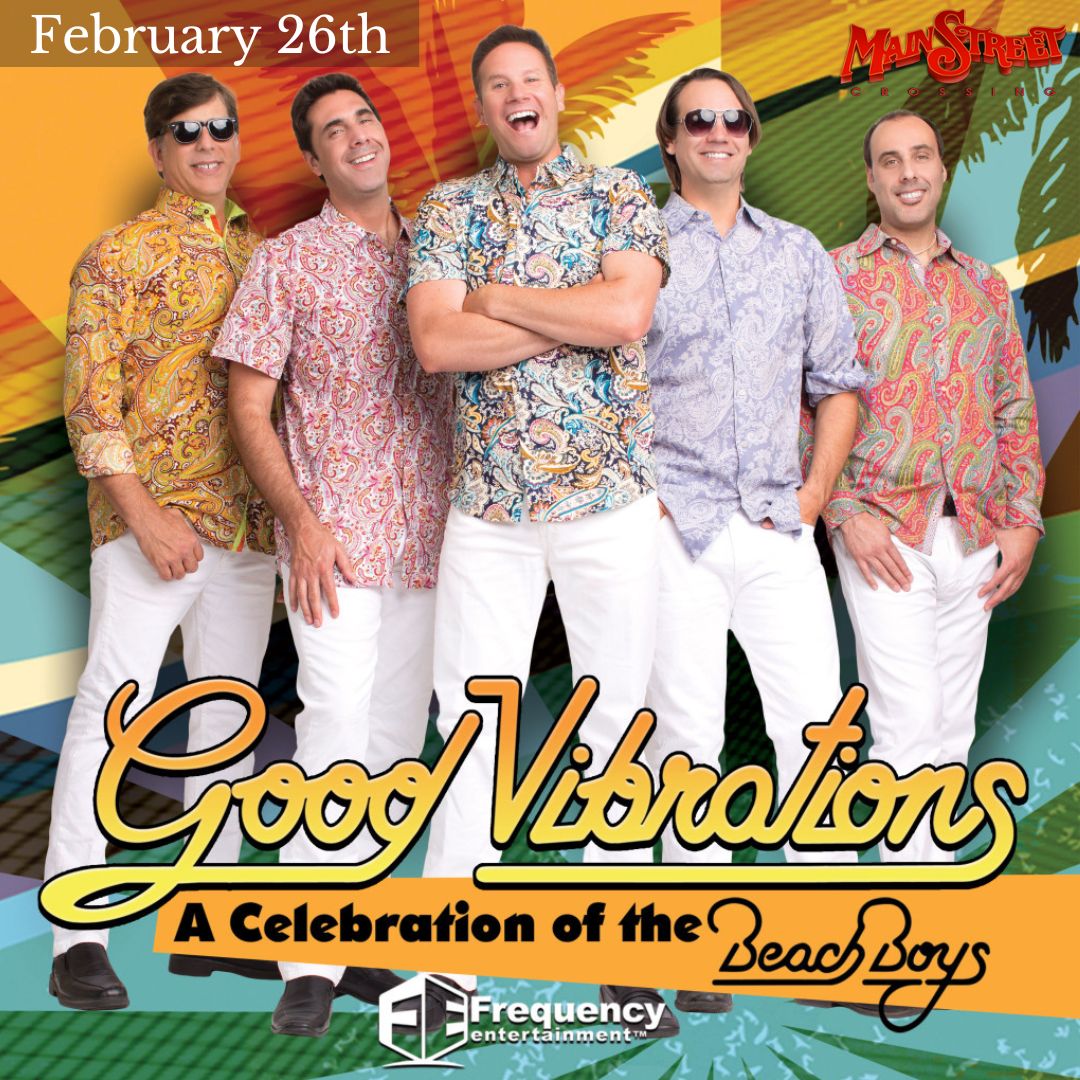 If you’ve ever longed for the golden age of California surfer culture, or are missing the feel-good songs of the 1960s and ‘70s, you’ll do well to reach for a Beach Boys album to play. Countless famous artists and bands have been inspired by the West Coast band, and it’s never too late to dive into a bit of sunny “vibe” nostalgia with their recordings. Here are some key things to know about The Beach Boys and their tribute band, Good Vibrations.

The Beach Boys first formed their rock band—one of the most influential in American history— in 1961. Founding brothers Brian and Dennis Wilson joined their other brother Carl, cousin Mike Love, and friend Al Jardine in making music that embodied and idealized their native California culture. Their first song, “Surfin’,” was a huge West Coast success, earning the 75th spot on the Billboard Hot 100. After the band released their hit single “Good Vibrations” in 1966, the corresponding album Pet Sounds became the highest-selling in the US.

Since then, The Beach Boys has had over 80 songs make world music charts, has sold over 100 million records, and is among the top-selling groups in history. The band was inducted into the Rock & Roll Hall of Fame in 1988 and has received The Recording Academy’s Lifetime Achievement Grammy Award®.

Today, surviving early band members include Mike, Brian, Al, and 1962 addition David Marks. The Beach Boys’ last studio album, That’s Why God Made the Radio, was released in 2012. As of 2021, Mike Love and 1965 addition Bruce Johnston continued to tour and perform The Beach Boys’ music.

There are multiple Beach Boys tribute bands today, but Las Vegas-based Good Vibrations is one of the best. It features members from Brian and Al’s respective touring bands, making it doubly faithful to the spirit of the original group. Good Vibrations plays all of The Beach Boys’ signature hits and even performs in costume with elaborate sets and backdrops throughout Las Vegas and Nevada. Their goal is to ensure that Americans today can enjoy the same iconic California sound they grew up with (or, in some cases, are discovering for the first time).

You can see Good Vibrations perform in an intimate concert setting at Main Street Crossing on February 26th, 2023 at 4:00 p.m. and 8:00 p.m. Click here to purchase tickets.

Main Street Crossing in Tomball, Texas is one of the best small music venues in the Houston metro area. This unique nonprofit in a historical venue hosts country, Americana, folk, blues, and other types of music artists in an intimate setting: the furthest seat is only 45 feet from the stage. MSC also offers food, beverages, table service, and community seating, making it easier to interact with fellow concertgoers and even performing artists. Parking is convenient and stress-free.

If you have any questions about ticket purchasing or show details, please contact us here.