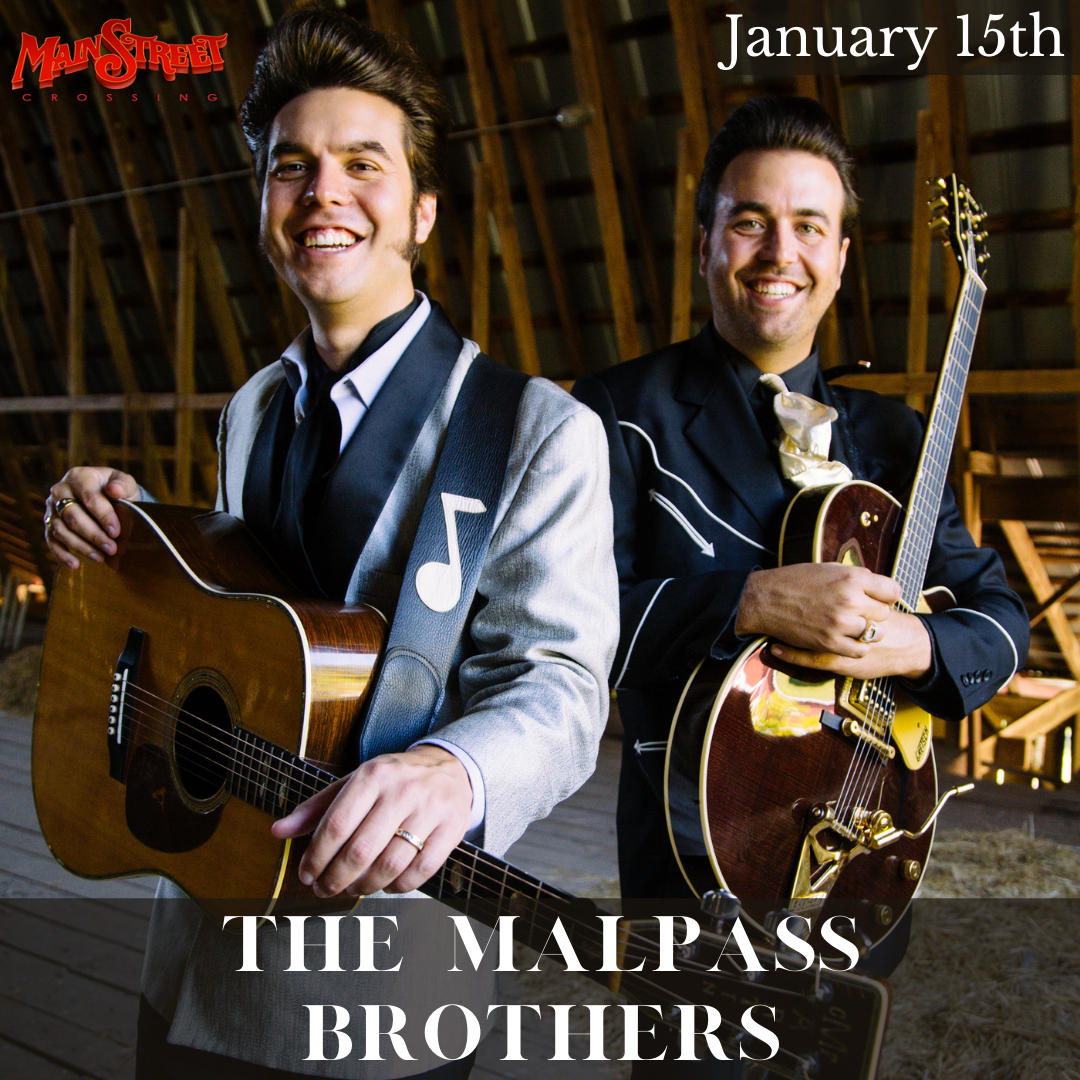 As young boys, Christopher and Taylor Malpass soaked up the music of their granddad’s phonograph records. Christopher earned his first talent show trophy at age 7, and Taylor was playing mandolin by the time he was 10. Today, they promote the work and music of classic country artists they treasure while creating new music and making their own mark in the lineage of a rich American cultural heritage.

With sincerity, honesty and an utter ease on stage that belies their years, their smooth vocal blend and skillful musicianship layer infectiously into the deep respect they pay to legends who have paved the way. Add the funny, off-the-cuff quips between the two 20-something siblings, and the engaging concert becomes a magnetic time-traveling journey to when a calmer rhythm reigned supreme.

This is the real deal, folks. There is no pretense. This is music steeped in the legacy of the Louvin Brothers, Johnny Cash, Marty Robbins, Hank Williams, Sr. & others. Count on classic, real country. Count on new Malpass tunes. Count on a couple of old-time traditional gospels. Count on their probably coming down into the house at intermission and asking what you’d like to hear. Count on giggles and ribbing between brothers. Count on some big hair and fancy boots and maybe even an Elvis twitch or two. Count on lines at the merch table – and count on logging on to find out where and how soon you’ll be able to see them next!