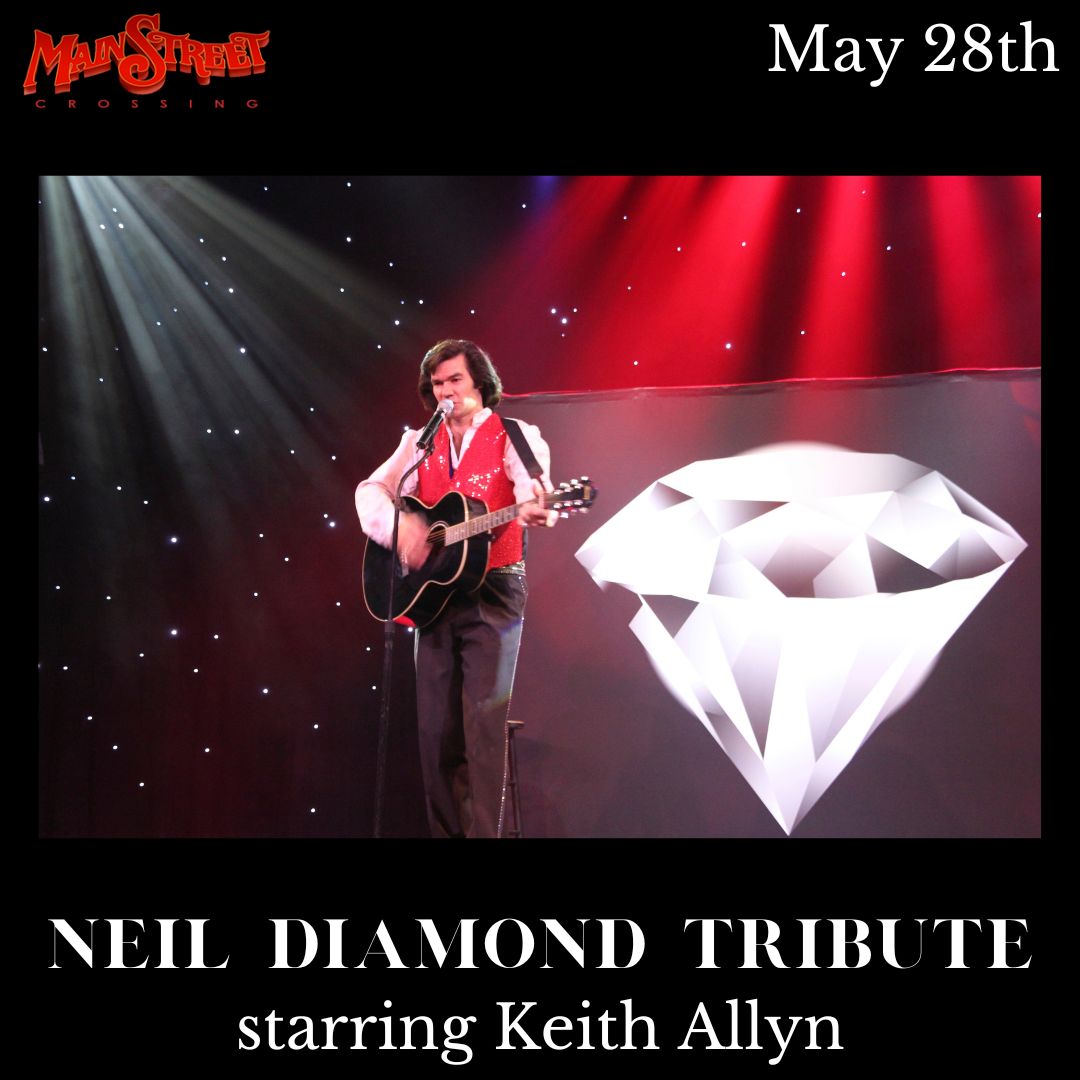 We are so excited to welcome Keith Allyn to Tomball, Texas to perform on the Main Street Crossing stage. What an honor it is to host you for a live concert with an artist up-close. Buy your tickets and read a little more about Keith Allyn below.

For one day only, Mainstreet Crossing in Tomball TX will present “A Neil Diamond Tribute” starring Diamond look and sound alike Keith Allynn.

Experience the feel of Neil as Allynn unveils the story of Diamond’s life through Neil’s own songs from the ‘60s through today, while weaving through his own comedic career change from an international top 10 Elvis, to Neil Diamond, all for the love of a woman.

Allynn began his career in stand-up comedy at the age of 14 opening for such greats as Chris Rock, Tim Allen and Robin Williams. At 21, he discovered his musical talents while performing “All Shook Up” at a karaoke night. The girls went wild, and Allynn was hooked. For several years he continued to perform as an Elvis tribute artist and was voted a top 10 Elvis, by Graceland, in 2004.

Later, trying to impress a girl who was a huge Neil Diamond fan, he called her on the phone and in his best Neil voice sang “Hello Again” from the Jazz Singer. It became their song, she became his wife, and he became The Diamond Image. Come see the story unfold live along with the story of Neil Diamond’s struggles and triumphs, enjoying hits like “Sweet Caroline,” “Song Sung Blue,” “Hello Again,” “Brother Love,” “America” and many more.