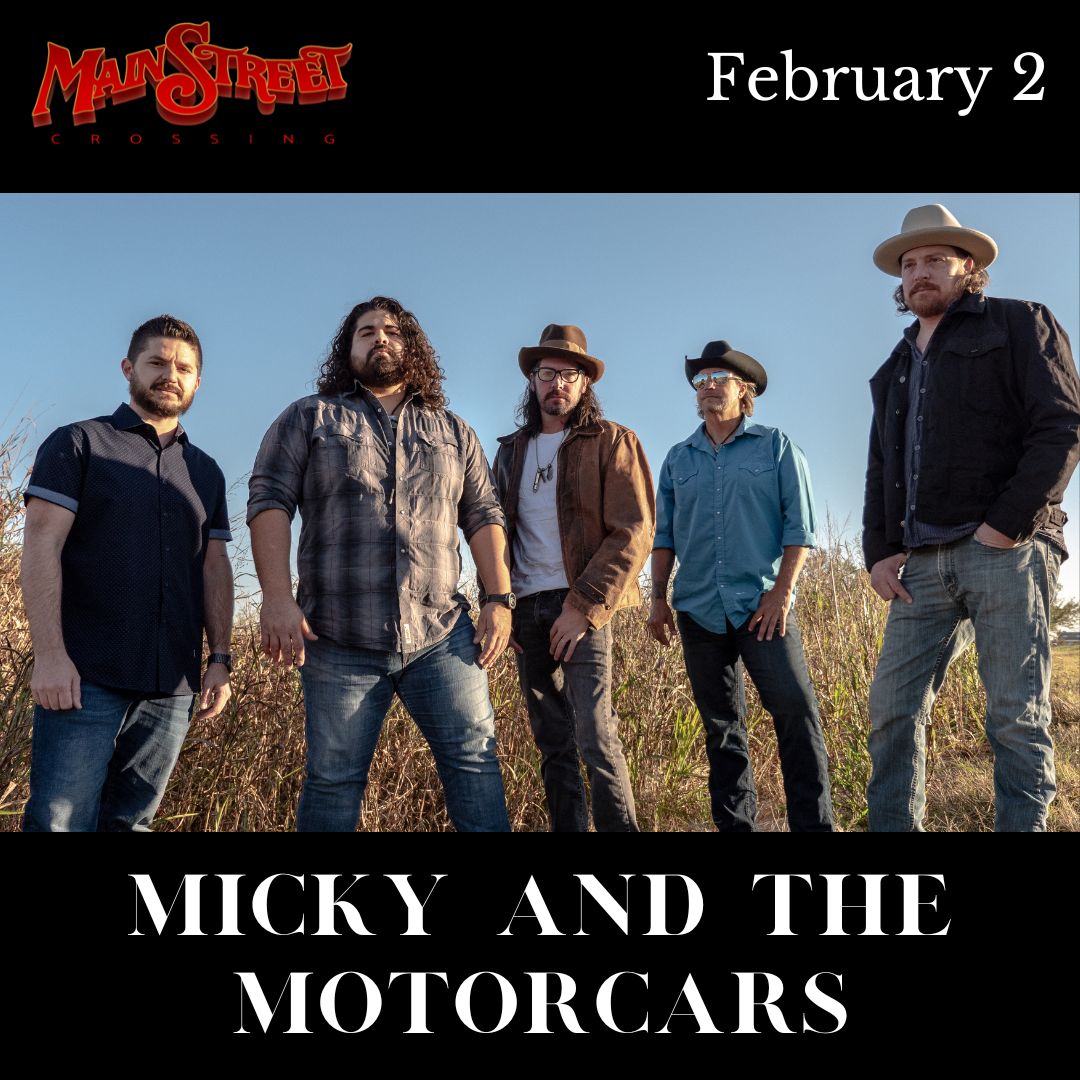 Micky and the Motorcars (full Band)

For a handful of summers about 30 years ago, tourists who wandered into a large dancehall in Stanley, Idaho, witnessed a family tradition finding new life. Young and old sat shoulder-to-shoulder, taking a break from the town’s mountain hikes and river campgrounds to take in Muzzie Braun and the Boys––a local family band who’d made it to the Grand Ole Opry, effortlessly spouted cowboy poetry and Western swing at gatherings around the country, and featured Muzzie’s four young sons––precocious boys with rock-and-roll futures.

“There were kids running around, people dancing,” says Micky Braun, the youngest brother who first climbed on stage to join the family when he was about five years-old. “Gary and I’d get up and play a couple of songs, then we’d get off and the older brothers would stay up and play a couple more. It’s pretty funny, looking back on it.” He laughs a little, then adds, still smiling, “That’s how we got started playing.”

The Braun brothers never stopped. Big brothers Cody and Willy started Reckless Kelly, and Micky and Gary left Idaho for Austin and started Micky and the Motorcars, a road-dogging favorite whose nonstop tour for the last 17 years has defined not just the lives of the brothers, but also shaped Austin’s roots-rock resurgence that has played out over the last two decades. With their anticipated new album Long Time Comin’, the Motorcars cement their place as elder statesmen of that alt-country scene who have managed to master that ever-elusive blend of artistic familiarity and surprise.

For the Motorcars, the question is never really whether to tour but where to play next. Gary––who handles guitar, mandolin, harmonica, harmonies, and occasionally lead vocals––and Micky, lead vocalist and acoustic guitarist, are joined in the Motorcars by Joe Fladger on bass, Bobby Paugh on drums and percussion, and new bandmate Pablo Trujillo on guitar. The combination of familiar and fresh players has reinvigorated the Motorcars’ live show, which buzzes through a low-key rock-and-roll rapture built on grooves and the Brauns’ signature harmonies.

A mix of new and old also shaped the Long Time Comin’ recording process. Produced by Keith Gattis, the 11-song album relied in part on Gattis’ go-to Nashville studio players––a first for the Motorcars. “It still sounds like Micky and the Motorcars, but it was fun working with different guys who we’d never worked with before,” Micky says. “They’ve been Keith’s band for 15 years. He can say, ‘Give me a shuffle with a boom-chuck,’ and they know what he’s talking about.”

The band isn’t the only change on Long Time Comin’. Gary, who has always contributed a song or two to Motorcar records, wrote or co-wrote six of the album’s tracks and sings every tune he penned. “I don’t think I decided to really write more––I think I just got better at it and worked a little harder at it the past couple of years,” Gary says. “In the past, I just let Micky do it because he was good at it. It was easy for me not to do it.”

Micky loves the shift. “It’s almost a split album between the two of us on lead vocal––very different from our normal,” he says. “I think our fans will enjoy it. They always love the songs Gary sings live. They always want him to sing more.”

The album kicks off with the ambling “Road to You.” Written by Micky and Courtney Patton, the rollicking singalong is classic Motorcars and an ideal welcome mat for the collection. Sauntering “Rodeo Girl” swings and punches up the pace, before “Alone Again Tonight”––a Gary track written with Gattis––watches loneliness with empathetic ache.

Several tracks take note of the universal search for comfort––even when it’s not the stuff of fairytales or even particularly dignified. Over crunchy guitars, “Stranger Tonight” captures an evening’s quest for no-strings companionship. “It was an idea I had just watching people at bars––that lonely girl I saw time and time again but with a different set of glasses, over and over,” Gary says. “It seems like everybody can relate to that––out looking for something new that doesn’t have to be love.”

Sweet and sad, “Break My Heart,” another track penned by Gary with Jeff Crosby, looks back after the end of a relationship. “You’re not mad anymore but you’re thankful of the good times,” Gary says. “It’s also about finding yourself again. It’s a moving-on song.” Quiet and sparse, the Gary-penned “Run into You” details a longing to cross paths with an ex-lover who’s moved on with heartbreaking clarity.

Anchored by crying B-3 organ, “Hold This Town Together” explores the struggle to enjoy what once was easy after the loss of someone who’ll never come back. After years of trying, Micky wrote the song for Mark, a friend and the Motorcars’ first bassist, who passed away. “Hold This Town,” written by Micky and Jeff Crosby, muses over the hometown faces and places that never change. “There are the same people at the same bars, the same people working at the grocery stores,” Micky says, then adds with a laugh, “It’s kind of a depressing party song.” Another Jeff Crosby-Micky collaboration, “Thank My Mother’s God” pays beautiful tribute to moms and their devotion to their black sheep, running wild.

Two album standouts stand tall: “Lions of Kandahar,” written by Gary alone, and the title track, which Micky penned with master songwriter Bruce Robison. Over instrumentation that evokes the tense hum of Middle Eastern military activity, “Lions of Kandahar” follows a deployment from a first-person perspective. The result is jarring, compelling, and deeply human––a breathtaking piece of songwriting that took five years to complete. Winsome “Long Time Comin’” is an ode to the satisfaction of patience and perseverance rewarded in different forms––a stunning tapestry that also reflects the road to the album itself.

Guitars and songs at the ready, Micky and Gary hope most of all that their sprawling cross-continental fanbase connect with Long Time Comin’, a collection four years in the making. “If you can put your heart on your sleeve and say it, it’s the best medicine for people,” Micky says, reflecting on the album. “They can lock into it and enjoy the ride.”