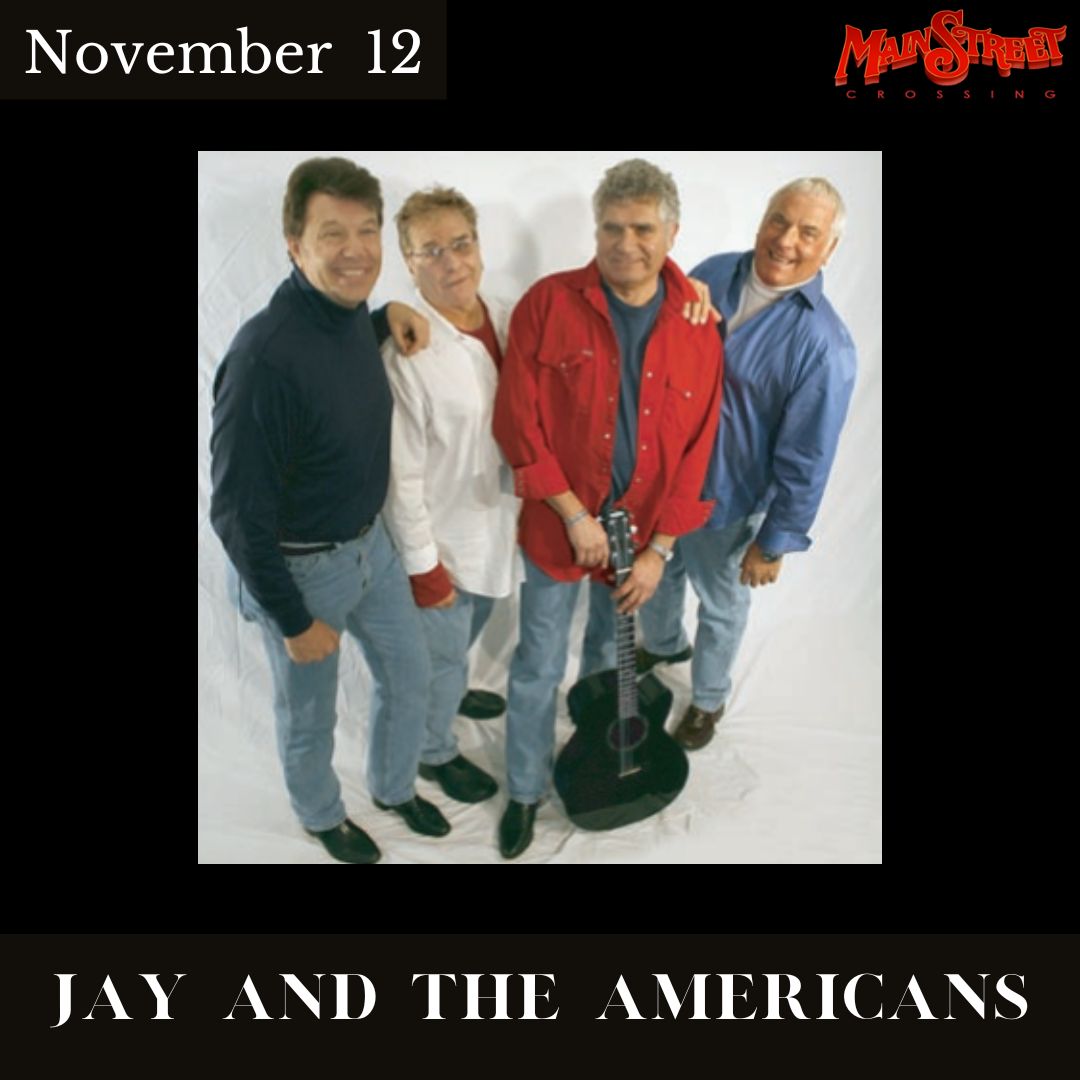 Jay and the Americans

“ONLY IN AMERICA” – In one of the greatest turnabouts in Rock and Roll history, the group JAY AND THE AMERICANS, started by four teenage boys in Sandy Yaguda’s Brooklyn basement 40 years ago, have bought back their rightful name in federal court, restoring the name to it’s rightful owners. Very few bands have ever reached the musical heights of JAY AND THE AMERICANS. From 1962-1971, this group charted an unprecedented “12” top 10 records. With three original band members, Sandy Yaguda (aka Deane) founding member, Howie Kirschenbaum (aka Kane) original member, and Marty Kupersmith (aka Sanders), original member, plus the addition of “Jay” Reincke, the third Jay and probably the best yet, .. they have recreated the authentic sound of all of their great hits that everyone remembers.

JAY AND THE AMERICANS first record was “TONIGHT” (from the Broadway Musical WEST SIDE STORY), and their breakout hit song was “SHE CRIED”. JAY AND THE AMERICANS next chart hit was “ONLY IN AMERICA”, followed by top ten hits “COME A LITTLE BIT CLOSER” and later “THIS MAGIC MOMENT”.

NEIL DIAMOND ‘s first hit song released, “SUNDAY AND ME”, was recorded by none other than JAY AND THE AMERICANS, who have toured with such legendary artists as ROY ORBISON, THE BEATLES, and THE ROLLING STONES.

JAY AND THE AMERICANS were a major force in starting the Rock and Roll revival with their album “WAX MUSEUM”, where they paid tribute to many great Rock and Roll artists with their versions of such great songs as “HUSHABYE”, “WALKIN’ IN THE RAIN”, and a song that reached the top ten “THIS MAGIC MOMENT”. You will hear all of these songs, which are featured in the new JAY AND THE AMERICANS’ show.

In 2002, JAY AND THE AMERICANS were inducted into
the VOCAL GROUP HALL OF FAME, placing them among
the greatest vocal groups in Rock and Roll history.