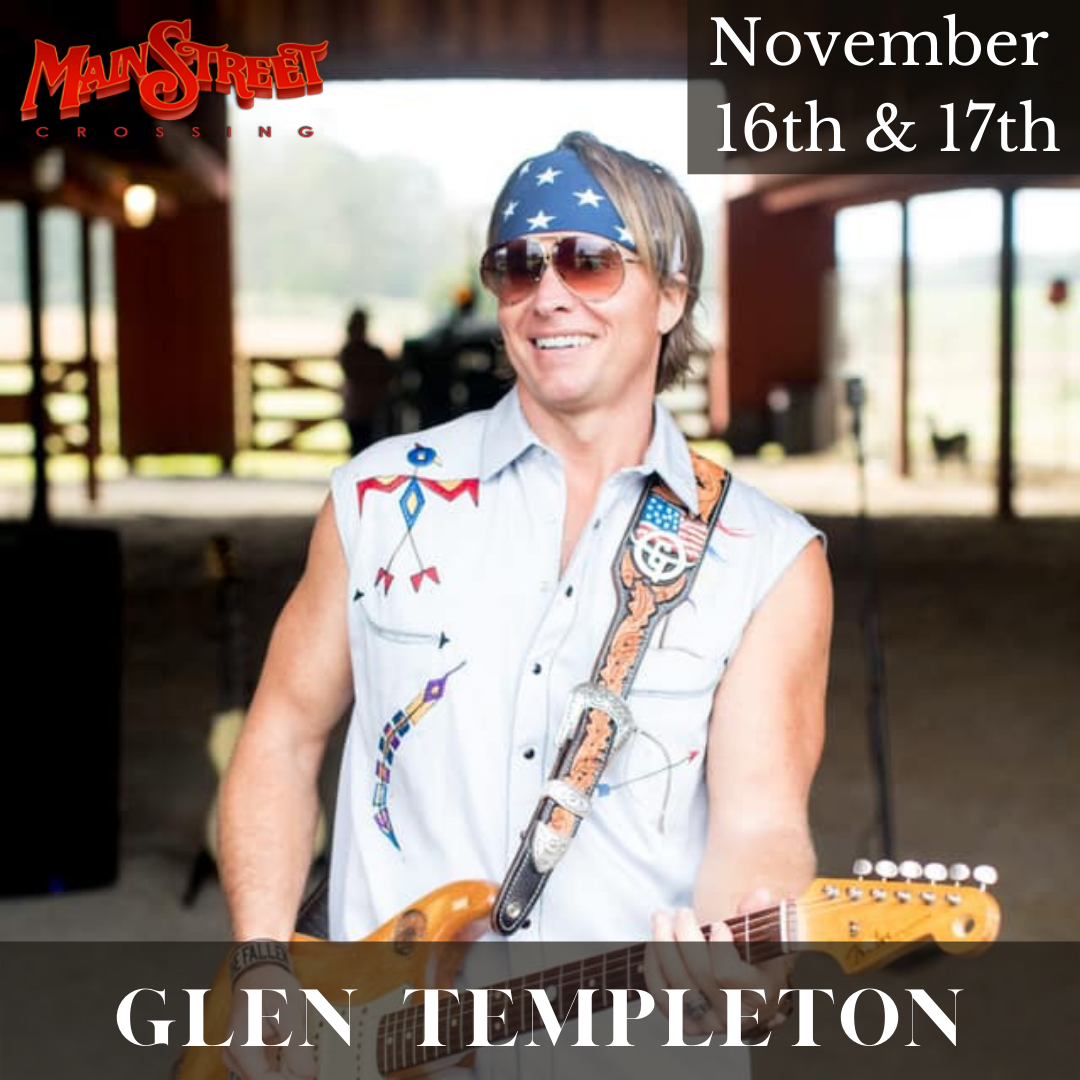 We are so excited to welcome Glen Templeton to Tomball, Texas to perform on the Main Street Crossing stage. What an honor it is to host you for a live concert with an artist up-close. Buy your tickets and read a little more about Glen Templeton below.

I’m not sure I chose country music, in a way it kind of chose me” claims blue-collared hero Glen Templeton, who is living proof that fate favors the fearless. Glen Templeton’s legacy began to unfold when he was hand-picked by the daughters of country music legend Conway Twitty to portray their father in the touring musical tribute to the late icon. Glen’s star-studded debut launched the beginning of an epic journey, catapulting him into the public eye with appearances on CMT, The Grand Ole Opry, The Ryman and more. Sharing stages with the likes of Loretta Lynn, George Jones, Montgomery Gentry, LoCash and countless others, Glen Templeton has amassed an immeasurable number of faithful fans and followers, contributing to millions of streams on Spotify, Apple Music and YouTube, while simultaneously securing #1 spots on the radio charts, including Sirius XM, with good-time anthems like Ball Cap. Fueled by uncompromising tenacity and raw talent, Glen Templeton is touring non-stop, gearing up to release his best material yet.