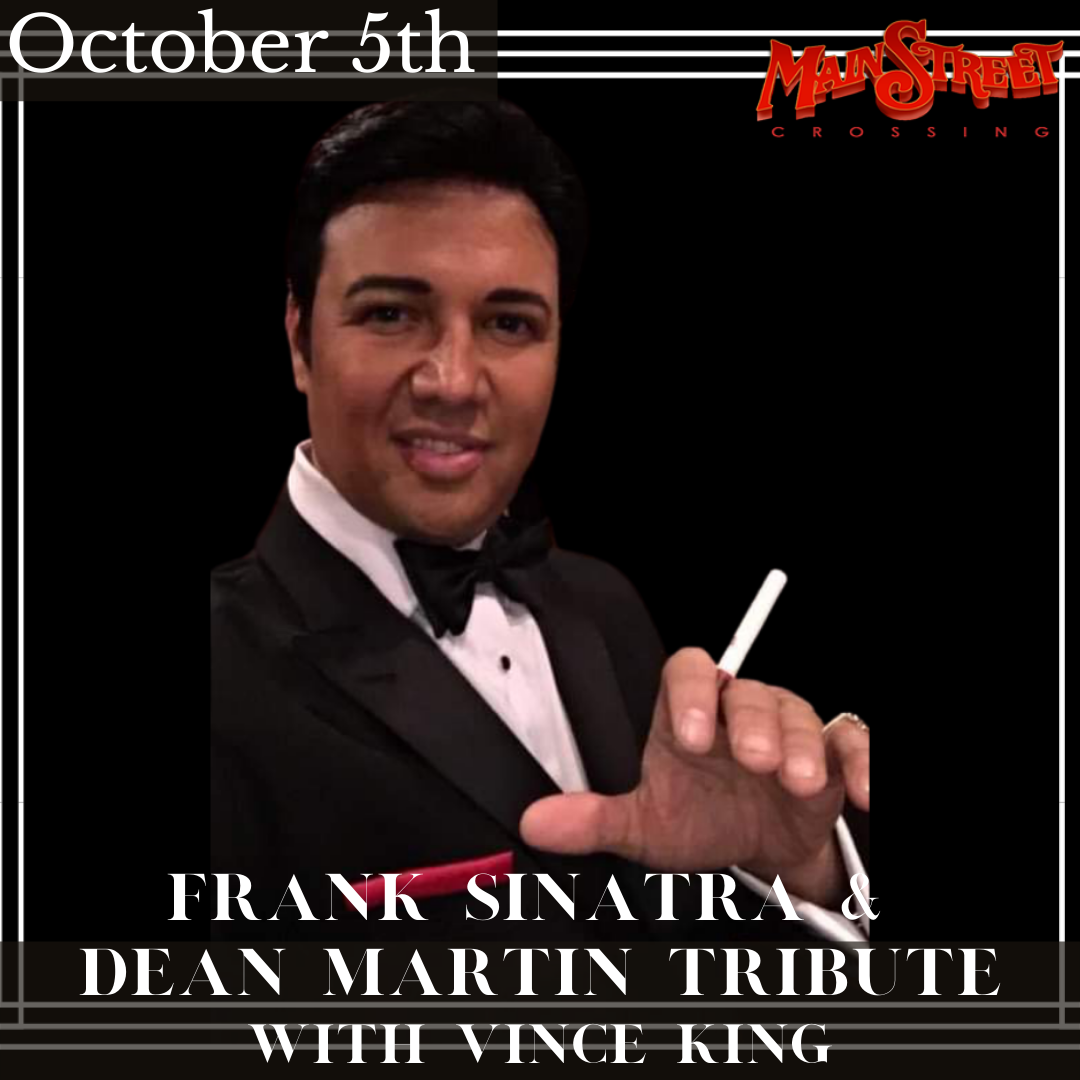 We are so excited to welcome Vince King to Tomball, Texas to perform on the Main Street Crossing stage. What an honor it is to host you for a live concert with an artist up-close. Buy your tickets and read a little more about with Vince King below.
Vince King Tickets | October 5, 2022
Vince King is a multi-award winning “Elvis Tribute Artist” residing in the Houston, Texas area.  Vince has won & placed multiple ETA competitions, and is recognized by Elvis Presley Enterprises as a preferred Elvis Tribute Artist.  Vince was destined to become an Elvis Tribute Artist given his striking Elvis features.  His voice, the famous Elvis moves, mannerisms, charisma and magical connection with his fans.  Performing for audiences for over 16 years, Vince is one of the few ETA’s who can perform all eras of Elvis Presley’s amazing history-making career.  He performs his Elvis Tribute all over the Houston Texas area as Solo Show or is backed by his Vegas Mafia Band.

Vince has another show called the Vegas Revue where he pays tribute to Dean Martin, Frank Sinatra, Tom Jones, Engelbert Humperdink, and More.  And he also has HOMEGROWN, a Tribute to the Zac Brown Band.

He has appeared on CBS TV’s “Great Day Houston”, Fox-TV Morning News, CBS Morning News,   “I Want My Wedding” on MTV3 and numerous other television appearances from Texas to South       Carolina.   Radio interviews include a most recent session with DJ Argo on Elvis Sirius Radio.