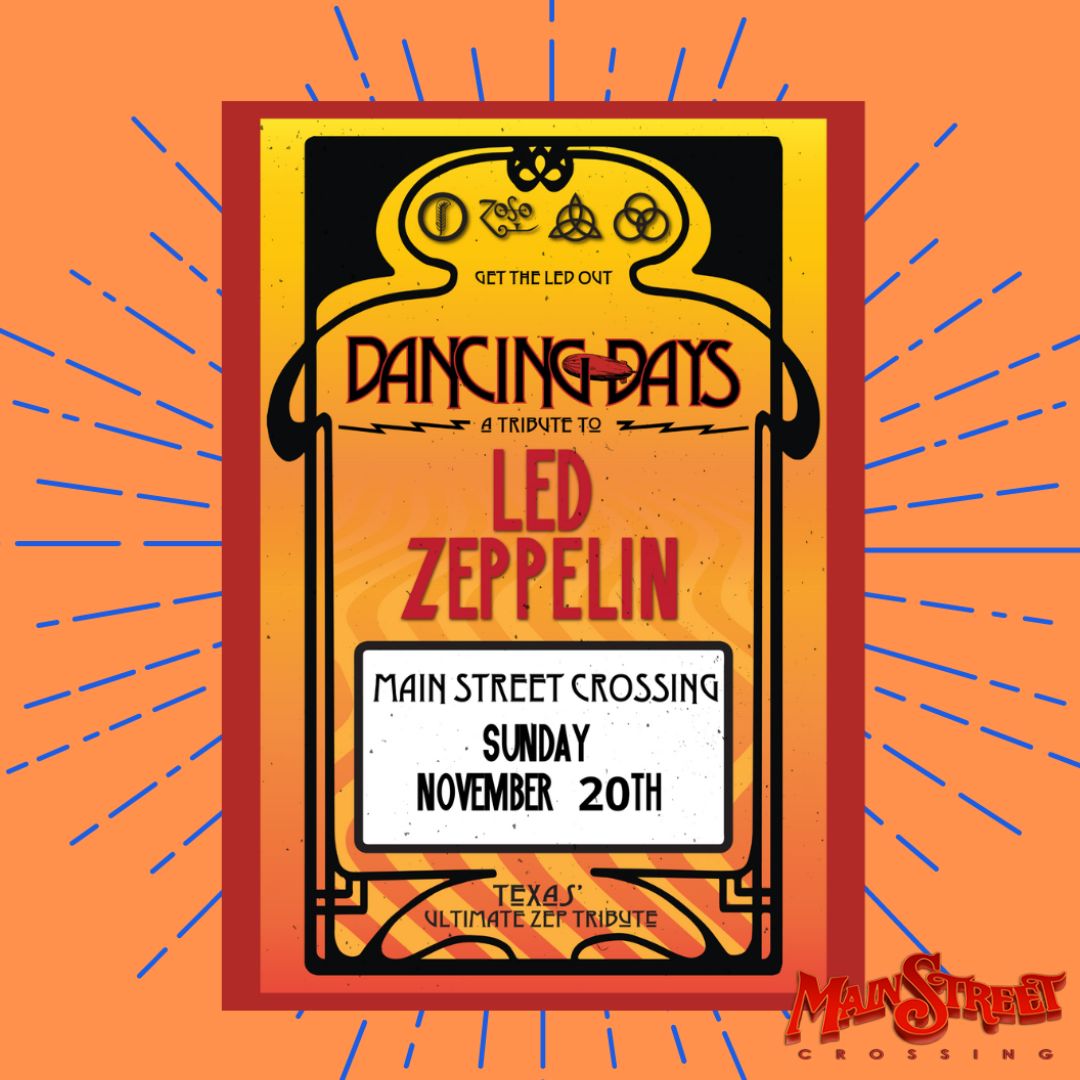 We are so excited to welcome Dancing Days to Tomball, Texas to perform on the Main Street Crossing stage. What an honor it is to host you for a live concert with an artist up-close. Buy your tickets and read a little more about Dancing Days below.

In 2017, Dancing Days was formed with the intention of celebrating the music of Led Zeppelin in just one show. However after selling out their inaugural show, raving reviews spread like wildfire that Dancing Days was the most compelling and accurate portrayal of Led Zeppelin’s musical mastery that anyone had ever witnessed. The band consists of award-winning rock n’ rollers hailing from Austin, TX, and has developed an outstanding reputation in recreating the magic, mystery, and distinct authenticity of a Led Zeppelin concert experience. Get the Led out with Dancing Days in a city near you!