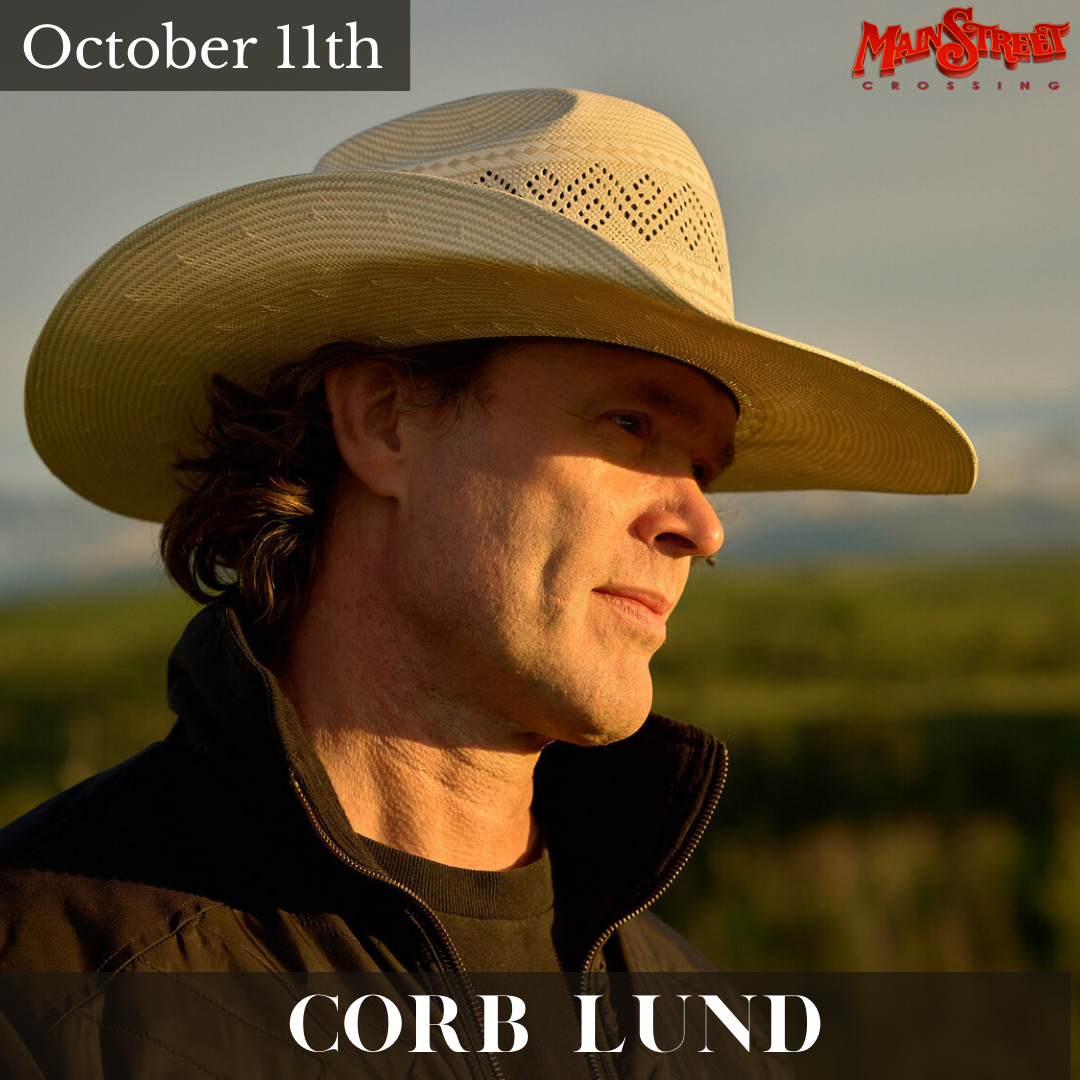 We are so excited to welcome Corb Lund to Tomball, Texas to perform on the Main Street Crossing stage. What an honor it is to host you for a live concert with an artist up-close. Buy your tickets and read a little more about Corb Lund below.

Corb Lund has received multiple CCMA, Juno, and international award nominations and wins. Agricultural Tragic, his first album of original material in five years came out June 26th. Met with acclaim, No Depression state, “Eloquent and plainspoken, the excellent Agricultural Tragic finds the affable country rocker exploring his roots as a rancher and rodeo rider while striving to adapt this traditional identity to the challenging modern world… Corb Lund radiates authenticity from first note to last.” American Songwriter says, “The songs on Agricultural Tragic sparkle with a kind of authenticity that only someone who lives that life can project” while The Associated Press state, “The result is a distinctive sound — call it Country & Northwestern — that romances the region from which Lund hails.”

A rural Albertan hailing from the foothills of the Rocky Mountains with a long family lineage of ranchers and rodeo people, Lund is about as authentic as they come. Before his current bandleader incarnation with the Hurtin’ Albertans, Lund was an integral part of the smalls, a legendary Canadian indie rock band who didn’t quite fit into any single category, either, mixing punk, speed metal and — indeed — country. Embracing both his Western heritage and his indie rock past through his music, Lund has been known to filter a range of cowboy themes past and present through his unique lens – from rough-and-tumble tales of lawless frontier saloons, to the somber realities of running a modern family ranch.

“There are people who do Western music and they kind of freeze-dry it, like museum style,” Lund says. “I don’t do that at all. I’m interested in expressing myself currently. Which is actually what it feels like to have six generations of cowboy heritage thrown into the crazy 21st Century urban setting. I love the traditional style and I use it. But I approach it with abandon and irreverence.”