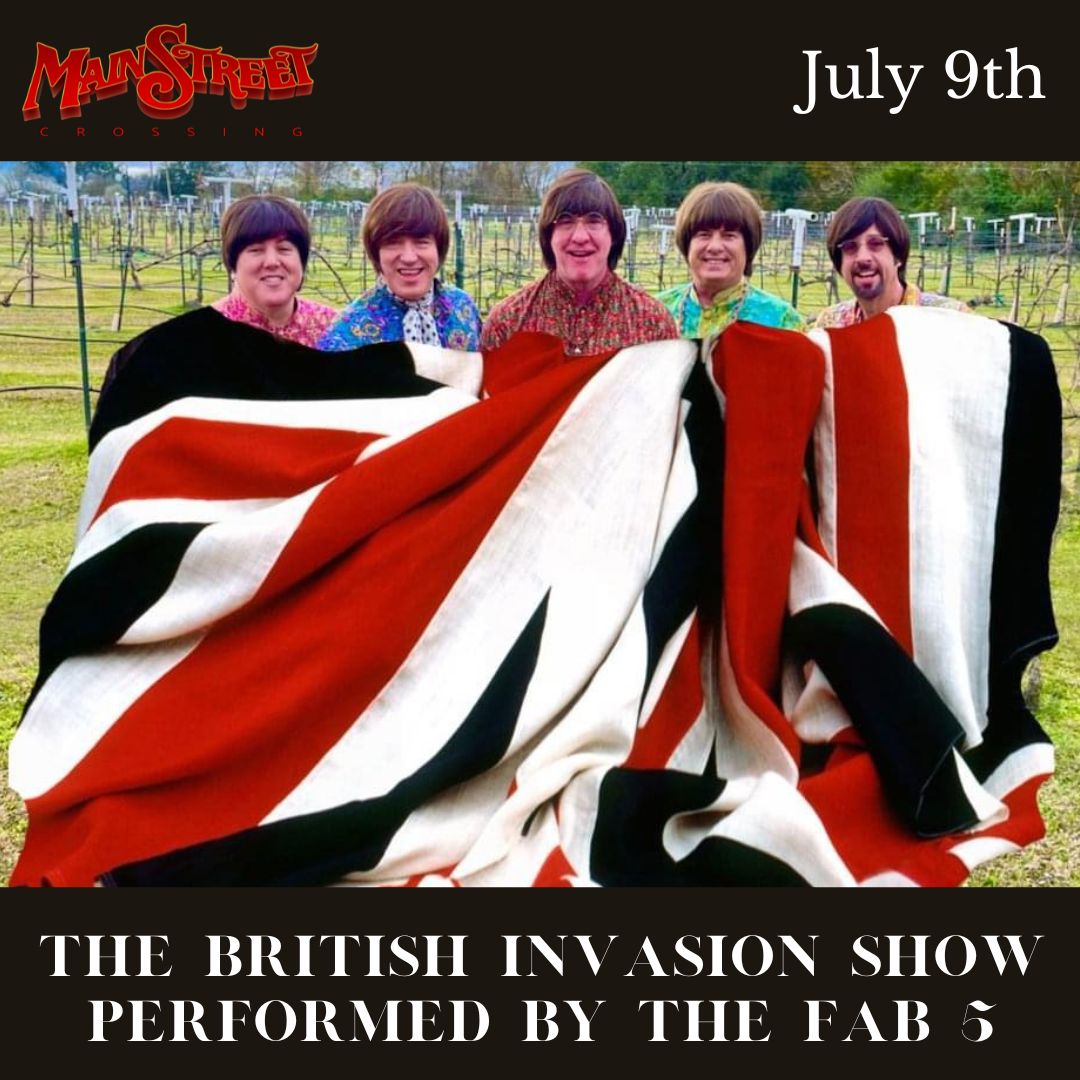 The British Invasion Show by The Fab 5

The British Invasion describes a time in the 1960s when audiences all across America were singing and dancing to music from across the Atlantic.

The musical group THE FAB 5’s “BRITISH INVASION SHOW” covers the music from all of the English groups.  From The Animals to The Zombies, it’s all here:

The Beatles, The Rolling Stones, The Kinks, The Who, The Dave Clark Five, The Hollies, Herman’s Hermits, The Moody Blues, and so much more…

As you listen to these hits from the past, it is likely you will believe that they are being played and sung by the original artists themselves. Everything has been faithfully reproduced to exact detail, from the music, clothing, and hairstyles, to the vintage guitars and equipment.

The Fab 5 consider it a great pleasure to bring to life some of the best music of the 60s and to rekindle those special memories. A Splendid Time is guaranteed for all!