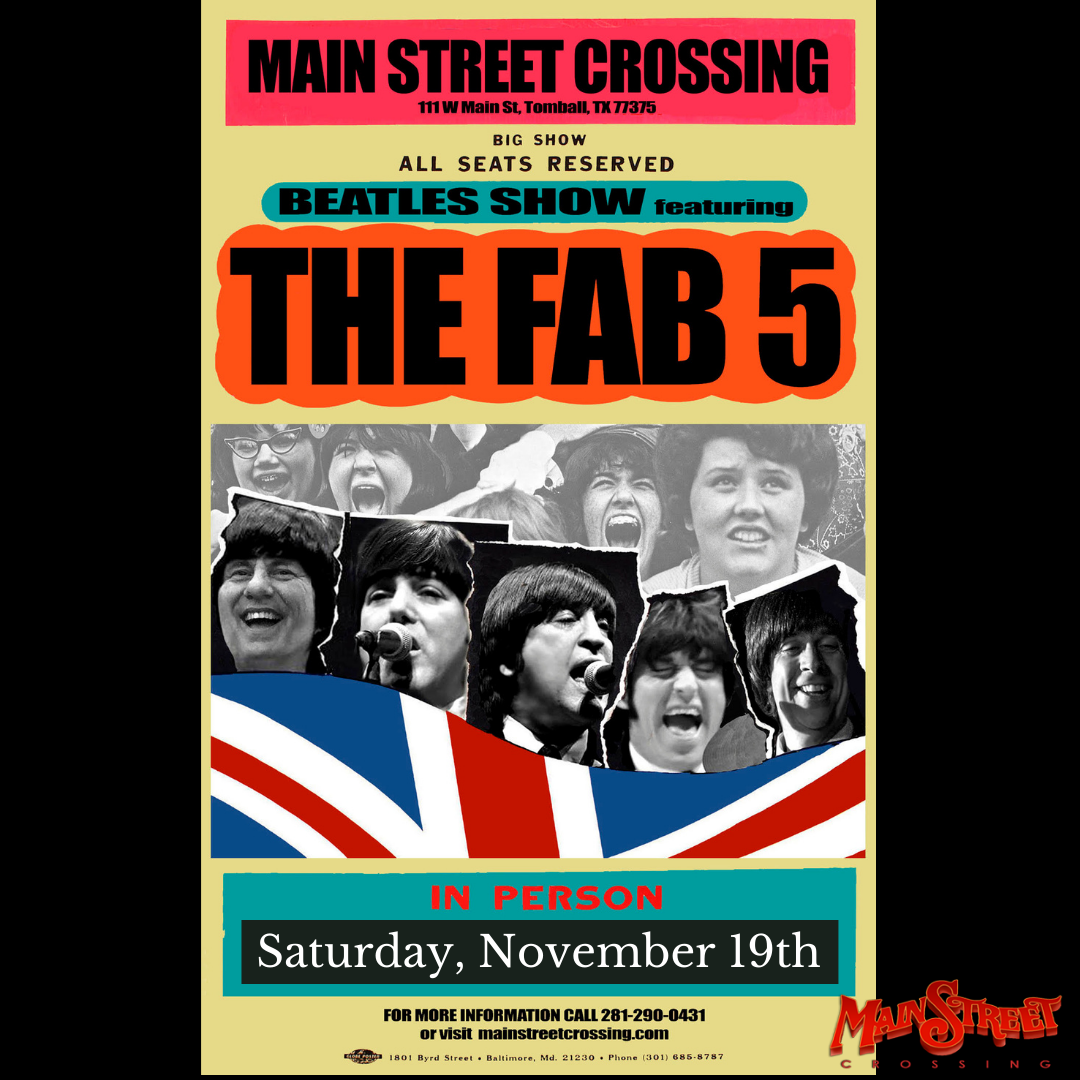 Beatles Tribute with The Fab 5

We are so excited to welcome The Fab 5 to Tomball, Texas to perform on the Main Street Crossing stage. What an honor it is to host you for a live concert with an artist up-close. Buy your tickets and read a little more about The Fab 5 below.

Since early 1990, The Fab 5 have been thrilling audiences all over Texas with what The Houston Press and The Houston Chronicle have called “One of The Top 10 Tribute Bands”.

The Fab 5 takes their audiences on a musical journey to an era in rock history that will live in all of our hearts forever. They are hailed by critics and fans alike as the most authentic and endearing Beatles and 60s’s tribute in Texas.

Choosing songs from the Moptop, Sgt. Pepper, and Abbey Road eras, The Fab 5 astonishingly recreates a live Beatles concert, with period instruments, clothing, hairstyles, and onstage banter. The Fab 5 perform songs that The Beatles recorded but never played live before an audience.

The Fab 5 are also the Premiere 60’s Party band for any occasion performing all the popular groups of that glorious period for corporate events, private parties, festivals, and showcase concerts.

Over 30 years of researching and performing have made The Fab 5 masters of their craft.

Come see why The Fab 5 is the premier Beatles & 60’s show in Texas!