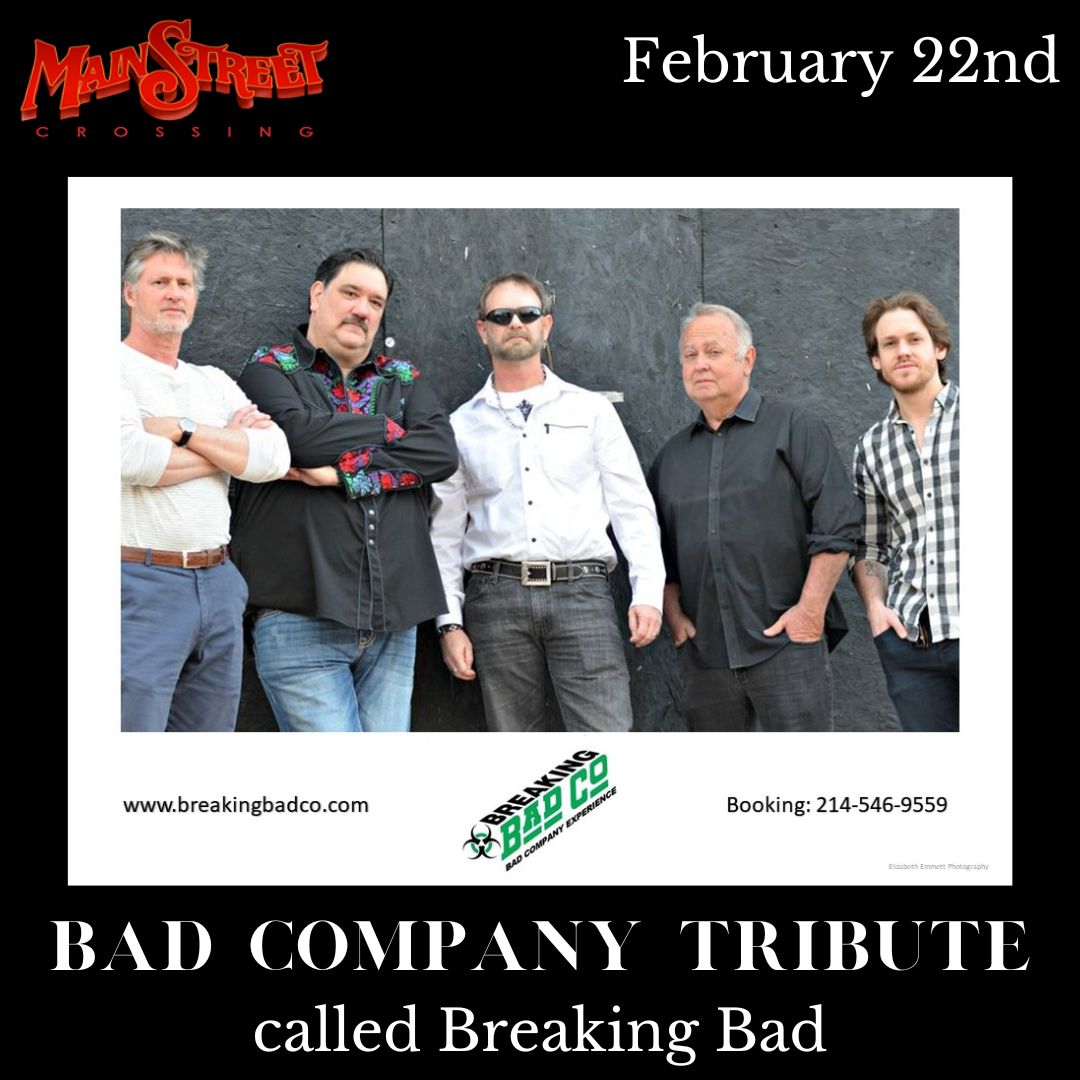 We are so excited to welcome Breaking Bad to Tomball, Texas to perform on the Main Street Crossing stage. What an honor it is to host you for a live concert with an artist up-close. Buy your tickets and read a little more about Breaking Bad below.

Breaking Bad Co. is THE premiere Bad Company/Free Tribute Band in Texas. Formed in late 2017, they have garnered over 2,000 Facebook Followers, won Runner-Up Best Rock/Blues Tribute Band by MXD Magazine, and played many popular venues across the Southwest. The project is a true labor of love for the band and the songs are spot-on with the original artists.

They play all the hits and the amazing B sides as well. Rock N Roll Fantasy, Feel Like Makin Love, Shooting Star, Can’t Get Enough, Ready for Love, Running with The Pack, Rock Steady and many more. Consisting of musicians with decades of entertainment experience, the boys have rocked all over Texas and beyond striving to bring the sounds and feel of a Bad Company show and
audiences seem to agree.